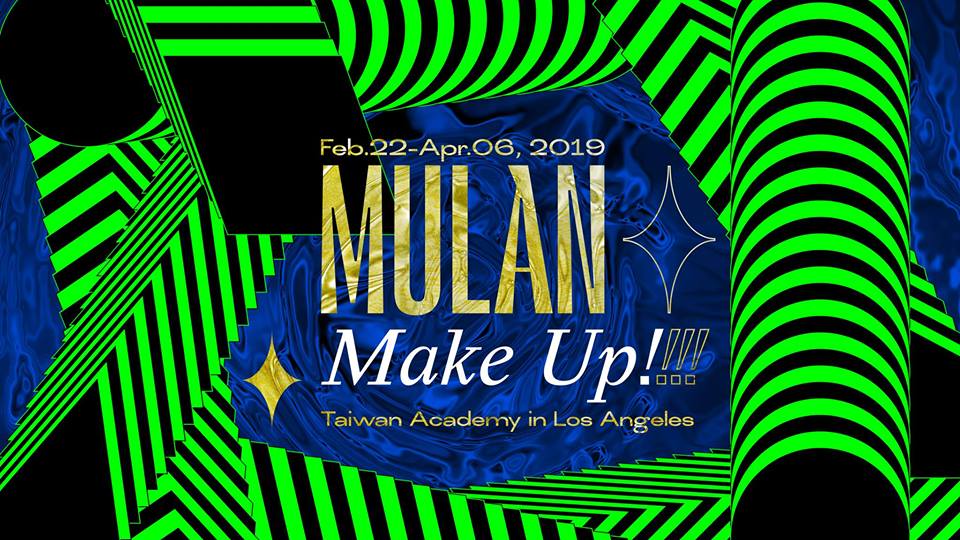 The Taiwan Academy in Los Angeles will be hosting a multidisciplinary exhibition on queer art titled "Mulan, Make Up!" from Feb. 22 through April 6. By initiating dialogue on the appearance of gender in a contemporary context, the exhibition seeks to investigate the politics of the human body from a global mindset.

Hua Mulan (花木蘭) is a well-known figure from classic Chinese literature who famously took her father's place in the army by dressing up as a man. Artist Yu Cheng-ta (余政達) ― curator of "Mulan, Make Up!" ― notes that Mulan acts as a symbolic figure for opening up societal stereotypes and dispelling the traditional binaries of yin and yang, spirit and body, as well as hardness and softness, thereby pushing self-identity beyond the two-dimensional framework of gender.

The phrase "Make Up!" was made popular by the Japanese comic book heroine Sailor Moon, who recites the catchphrase "Moon Prism Power, Make Up!" to transform into her crime-fighting alter ego. Like Sailor Moon, the ego can adopt an alternative identity by using makeup as an outward expression of inner desire. This is a process of capturing transitory and flowing states of gender, as well as a journey towards finding the illusory self, Yu added.

Upon invitation, featured artists Hou Chun-ming (侯俊明), River Lin (林人中), Luo Jr-shin (羅智信), Su Misu, and Sebastian Hernandez have created new works in which they use their own bodies to contemplate the conception of transformation ― namely the possibilities of transcending culture, historic traditions, gender identity, and the conventional image of the human body.

From film screenings and performances to visual arts, their collective works will also offer thought on how to maintain one's individuality in face of excessive mediatization of the body, and examine the meaning of existence in a consumption-driven society.