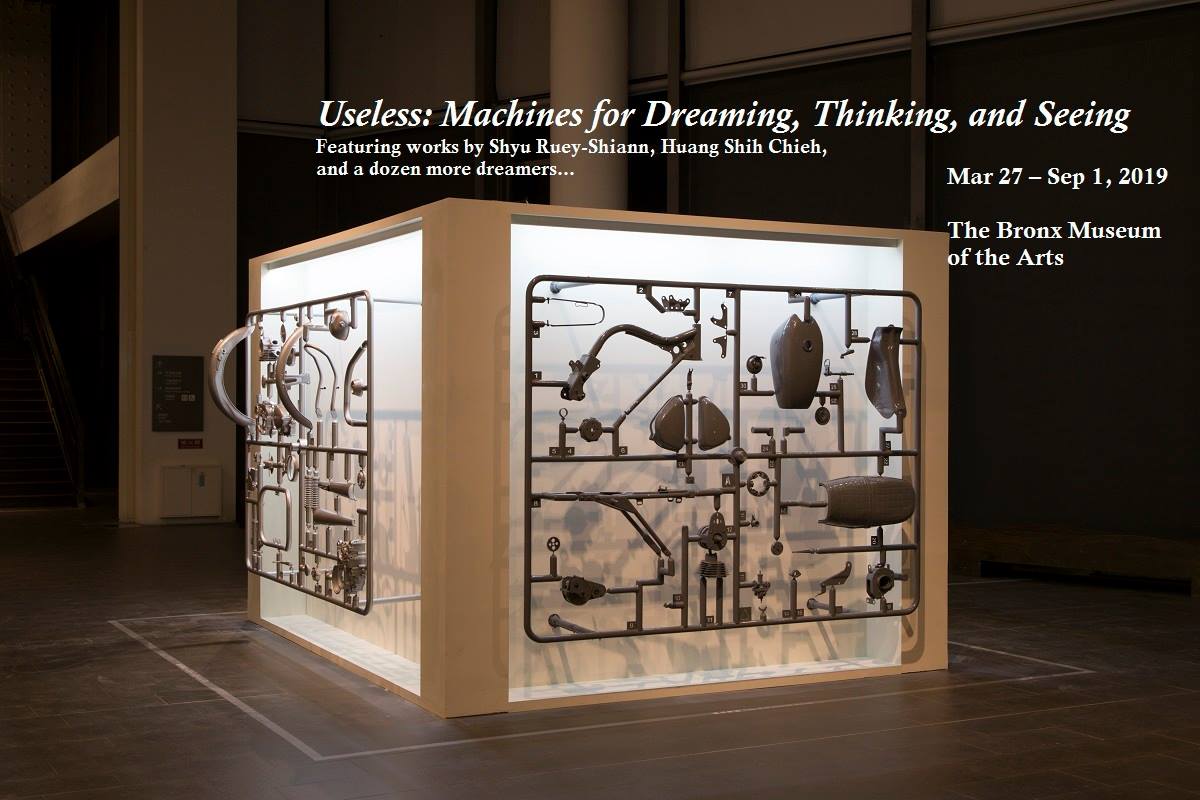 Two Taiwan kinetic artists — Shyu Ruey-Shiann (徐瑞憲) and Huang Shih-chieh (黃世傑) — will be featured by "Useless: Machines for Dreaming, Thinking and Seeing," the 18-artist spring exhibition of the Bronx Museum that will run March 27 through Sept. 1 in New York City.

It has been a long tradition among philosophers and writers to praise uselessness as a means to stress the importance of spiritual activities and creations without clear functional aims. Aristotle, for one, established early on that knowledge was valuable in itself, not for providing practical utility — a notion frequently forgotten today. To praise inutility, thus, has been a reaction to the materialistic values promoted by capitalist society, which has been criticized for its lack of moral and spiritual values.

Because machines are generally associated with the fulfillment of a practical duty, the functional independence of art is particularly highlighted when artists create or represent machines. In "Useless: Machines for Dreaming, Thinking and Seeing," a selection of curious machines were created by artists with the goal of stirring dreams, feelings, critical thinking, and a sense of irony — for seeing what microscopes, telescopes, and cartographies cannot show; for flying without taking off; for doing the impossible.

Huang, known for creating art from unlikely sources like garbage bags, computer cooling fans, and Christmas light faders, will present "Blue Angel Eye" — a motorized sculpture with delicate tentacles made out of plastic bags that light up as they inflate and deflate.

Shyu will be presenting "Dreambox," a kinetic installation comprising components of a full-sized "Wolf 125" motorbike. This popular model was sought after by many young people in Taiwan during the 1990s, and Shyu created this piece as a tribute to those who dare to dream and venture into the unknown.

"Uselessness" is curated by Havana-based curator Gerardo Mosquera in consultation with Bronx Museum Director of Curatorial and Education Programs Sergio Bessa, with additional support from the Andy Warhol Foundation for the Visual Arts, the Jacques and Natasha Gelman Foundation, and the Ministry of Culture (Taiwan) and Taipei Cultural Center in New York.