Taiwanese-Hungarian duo to make US debut in San Francisco festival 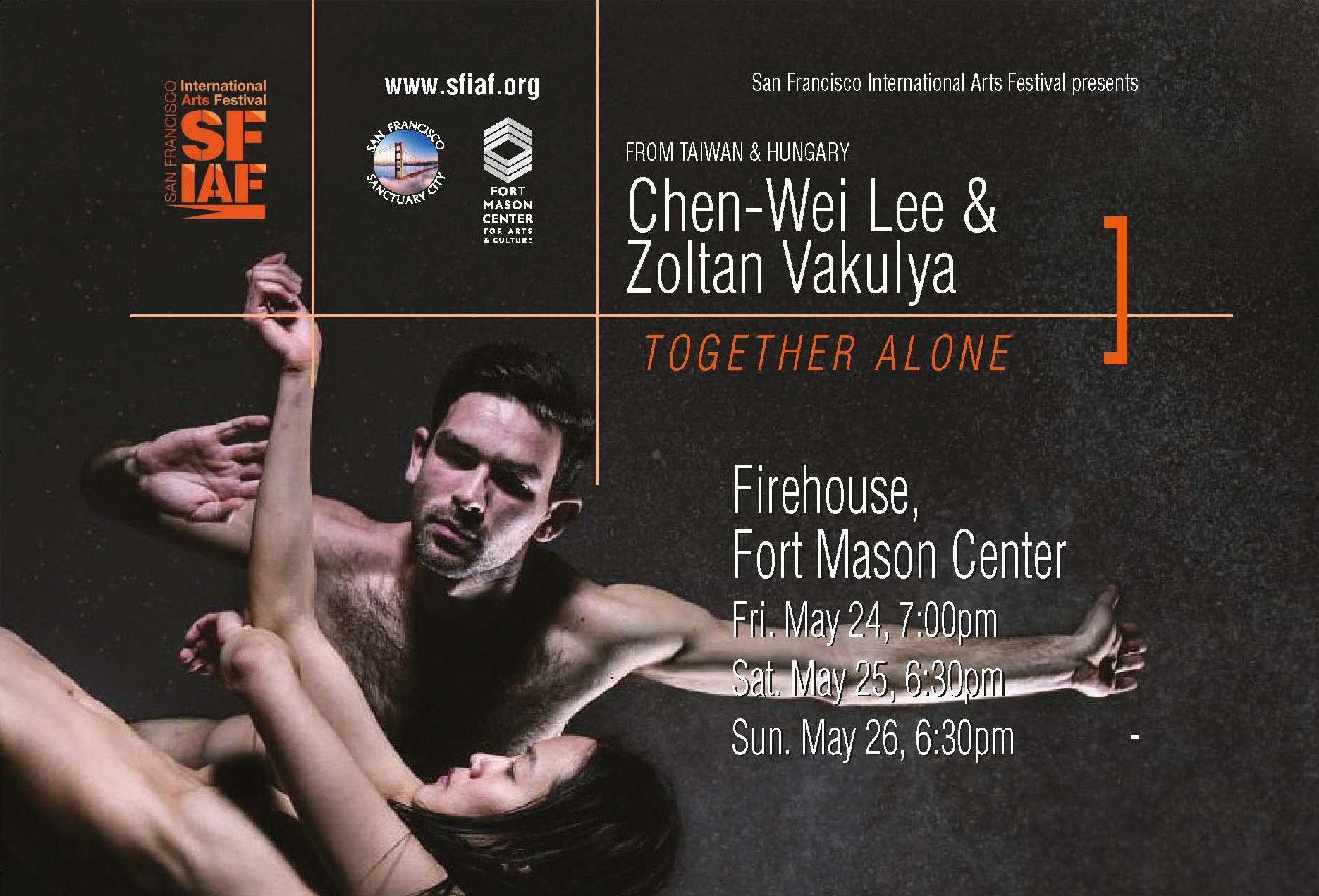 The international wife-and-husband team of Chen-wei Lee (李貞葳) from Taiwan and Zoltan Vakulya from Hungary will be making their US debut at the 2019 San Francisco International Arts Festival in May with the couple's signature work "Together Alone" — a solo danced as a duet that counters individual loneliness with the power of being together.

Lee is a Taiwanese dancer who tours with world-renowned companies while creating critically acclaimed works. She had been praised by Israeli choreographer Ohad Naharin as "one of the most charming dancers; fun, sincere, creative, and a quick learner."

Lee began her dancing journey with Yilan-based Lan Yang Ballet at an early age, and went on to major in dance at Taipei National University of the Arts. In 2009, she became the recipient of the Lo Man-Fei Dance Fund, which allowed her to travel to Sweden for an audition.

Lee's performance in the audition caught the attention of Naharin, artistic director of Batsheva Dance Company. He saw her potential and offered her an opportunity to join the ensemble in Israel. During her time with the Batsheva, Lee was introduced to different styles through training with dancers from all over the world. Her training included Gaga, the movement language and pedagogy developed by Naharin that characterize the dance company.

In 2014, Lee left the Batsheva to work independently. She then collaborated with Zoltan in 2016 to create "Together Alone (孤單在一起)," which explores trust, communication, and collaboration between individuals through adjusting and improvising based on each other's body movement.

Deprived of all external concealment and decorations, the two will return to the primitive in dance and face each other as their most naked selves at the 2019 San Francisco International Arts Festival from May 24 to 26.

Profound as the piece is on many levels, there is also a pragmatic explanation for the work. As professional dancers and choreographers who both tour internationally with different companies, Lee and Vakulya find themselves occupying precious few moments in a shared physical space. So, they spent some of those moments making a dance about the experience.

Lee will also hold a masterclass on May 23.