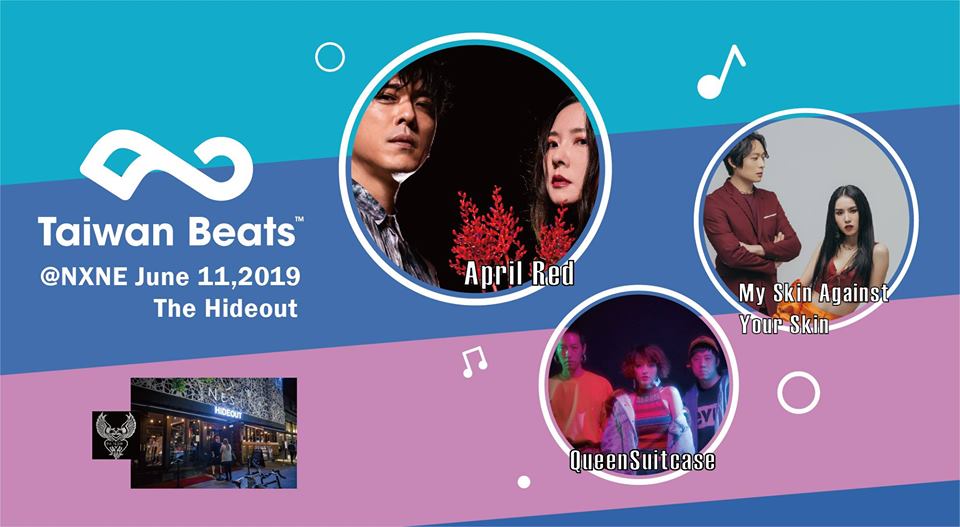 As the first-ever Taiwanese acts to be sent to NXNE by the Bureau of Audiovisual and Music Industry Development, their attendance marks the efforts made by the bureau in promoting Taiwan's musical works internationally in recent years. Officials from the bureau will attend the festival along with the Taiwanese groups.

Queen Suitcase is an independent retro-rock band, April Red is an electronic musical group known for blending classical and progressive music, and My Skin Against Your Skin is a rock-n-roll electronic band playing garage and psychedelic rock. They will headline the "Taiwan Beats" session at NXNE on June 11 to showcase Taiwan's strengths in pop and alternative music.

The "Taiwan Beats" concert will take place at The Hideout with an electro theme set to be unveiled by Taiwanese artist DJ Code Wu and accompanied by 3D holographic projections to offer a better representation of Taiwanese electronic music.

NXNE co-founder Michael Hollett has also arranged for My Skin Against Your Skin to perform on the main NXNE stage at Queen Street West on June 14. The duo caught Hollett's attention when they represented Taiwan earlier this year at the South by Southwest (SXSW) music festival in Austin, Texas.

My Skin Against Your Skin