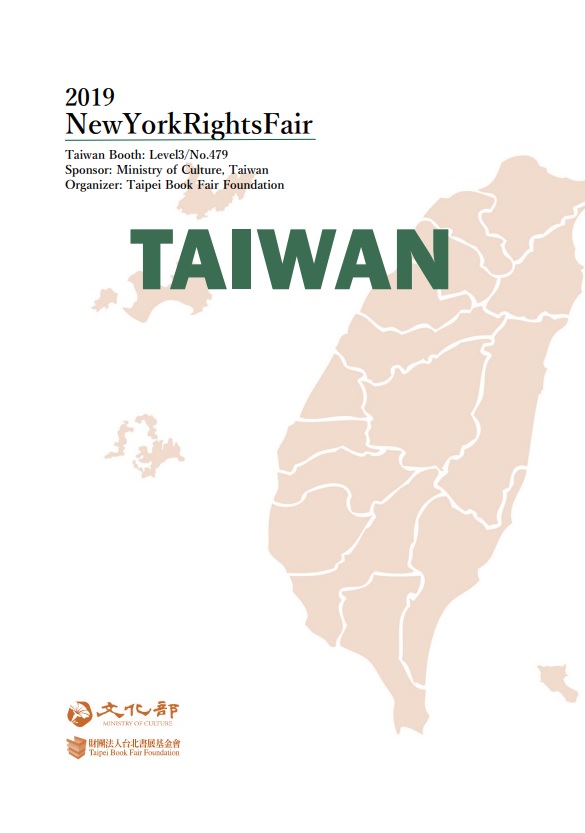 Supported by the Ministry of Culture and organized by the Taipei Book Fair Foundation, the Taiwan booth at New York Rights Fair 2019 will showcase a selection of 62 outstanding picture books, comics, and graphic novels from Taiwanese publishing houses.

Among the featured titles are those by Chen Pei-hsiu (陳沛珛), who completed residency at la Maison des Auteurs and was featured by the Bologna Illustrators Exhibition this year; Jimmy Aitch (黃駿), a doctor of anthropological linguistics and a manga artist who represented Taiwan at the 2018 Angoulême International Comics Festival; and 61Chi, an accomplished artist who held a workshop at the US Society of Illustrators in 2017.

The booth will also be promoting recent winners of the Golden Comic Awards, Taiwan’s highest honor for comic artists, including Li Lung-chieh (李隆杰), who captured the Comic of the Year title with "1661 Koxinga Z" in 2018; Best Young Male Comic Award laureate Yeh Ming-hsuan (葉明軒); and Ruan Guang-min (阮光民), whose "Yong-Jiu Grocery Store" was named Comic of the Year in 2017.

A special section will also be dedicated to the late Chen Uen (鄭問), a prominent cartoon artist who established a new style of aesthetics in the wuxia genre. He died of a heart attack at the age of 58 in 2017, leaving behind a rich legacy of unique comics, painting collections, and a talented generation of new cartoonists.

Curated by the Taipei Book Fair Foundation, the Taiwan booth can be found at #479 on Level 3 of the New York Rights Fair. The recommended titles can also be downloaded as a PDF.