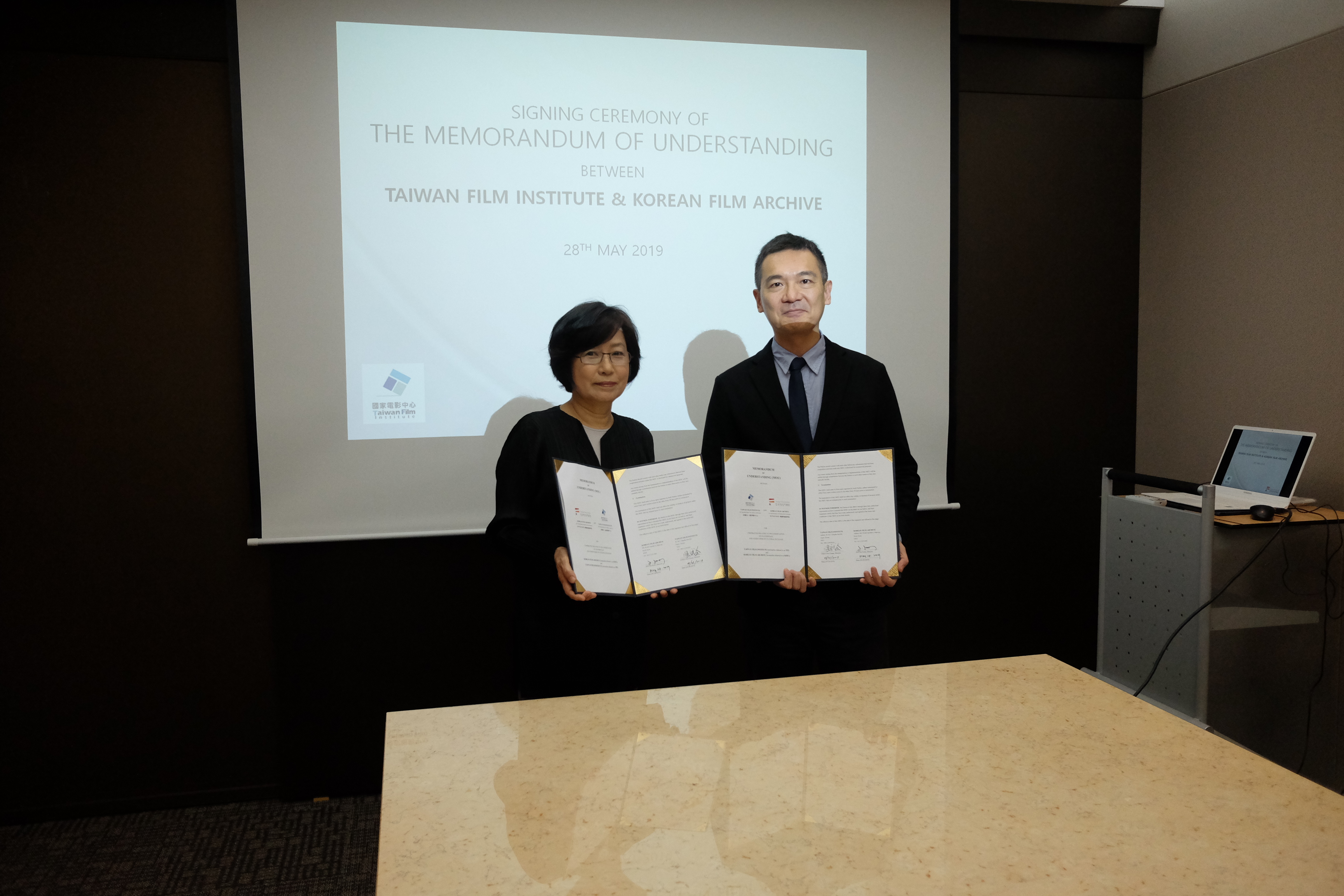 The Taiwan Film Institute (TFI) signed a memorandum of understanding with the Korean Film Archive (KOFA) on May 28, formalizing bilateral exchanges in restoration and digitization efforts, talent incubation, promotion of Taiwanese and Korean cinema, translations and screenings, and more.

The two institutes have longstanding ties as members of the International Federation of Film Archives and the Southeast Asia-Pacific Audiovisual Archive Association. Recent collaborations include the re-release of "Cool and Cold (至情)," a 1962 Korean film by director Lee Kang-cheon, which was thought to be lost until a copy was discovered in the TFI's archives in 2015; and the restoration of "Raining in the Mountain (空山靈雨)," a 1979 drama by the late King Hu (胡金銓), made possible by additional footage provided by KOFA in 2017.

The MOU was signed by TFI Director Chen Pin-chuan (陳斌全) and KOFA Director Joo Jin-sook in Seoul on May 28. A screening of the newly restored "Raining in the Mountain" followed, in which TFI restoration specialist Chiu Chi-yan (邱繼諺) explained that when the 1979 Taiwan-Hong Kong production was filmed in South Korea, the assisting Korean production company retained additional footage that was not included in the final cut of Hu's drama.

The recordings were subsequently incorporated into a Korean film titled "Death Gate Monk (死門的僧客)," which had 52 minutes of overlapping materials with "Raining in the Mountain." The 120-minute edition screened at the MOU-signing ceremony in Seoul was painstakingly piecemealed together from the footage provided by KOFA and additional reels in the TFI's collection. More restoration details are available here.