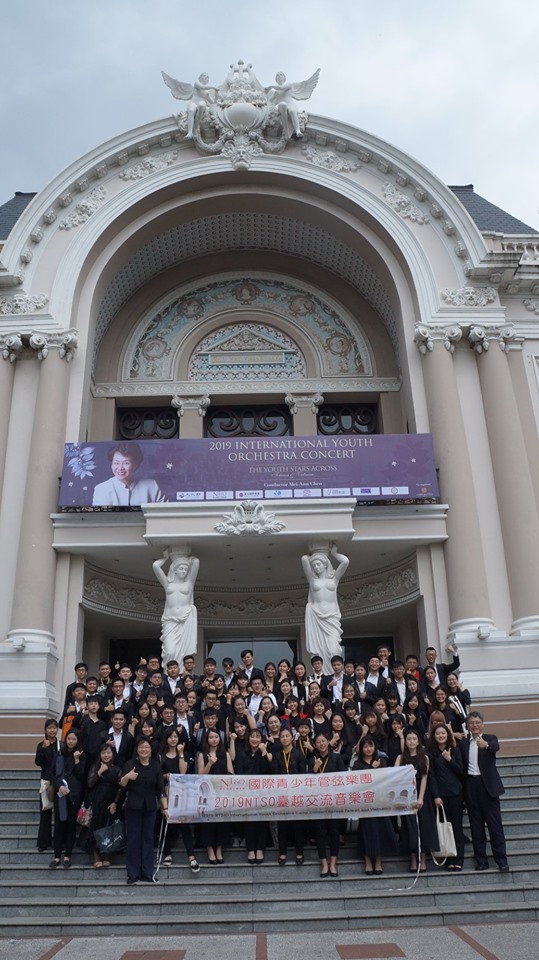 The 2019 International Youth Orchestra Camp organized by the National Taiwan Symphony Orchestra (NTSO) held concerts at the Ho Chi Minh City Conservatory of Music Concert Hall and the Municipal Theatre of Ho Chi Minh City on July 30 and 31, becoming the first of the annual camp group to tour Vietnam in its 26-year history.

The 2019 camp was led by NTSO Director Liu Shuan-yung (劉玄詠) and toured under the program title of "The Youth Stars across Taiwan and Vietnam." Although NTSO, which was founded in 1945 in Taipei, has been organizing a youth orchestra camp during summer break every year since 1992, the camp has never toured Vietnam before.

On July 30, these young students played "La Forza del Destino" Overture by G. Verdi; Selections from "Carmen Suites" by G. Bizet; Symphony No. 5 in E minor, Op. 64 by P. I. Tchaikovsky; Taiwanese Hokkien songs "Bāng Chhun-hong (望春風)," which means "Longing for the Spring Breeze," and "The Torment of a Flower (雨夜花)"; and children's songs from Yilan. They were under the guidance of Taiwanese conductor Mei-Ann Chen (陳美安).

Their July 31 performance was received with shouts for encore, which inspired them to additionally play "Kao Shan Ching (高山青)," a Taiwanese song, and "Bèo dạt mây trôi," a Vietnamese song featuring the vocals of six Vietnamese exchange students.

The visit by the youth orchestra camp not only reveals Taiwan's cultural prowess but also marks a major milestone in the growing relationship between Taiwan and Vietnam.