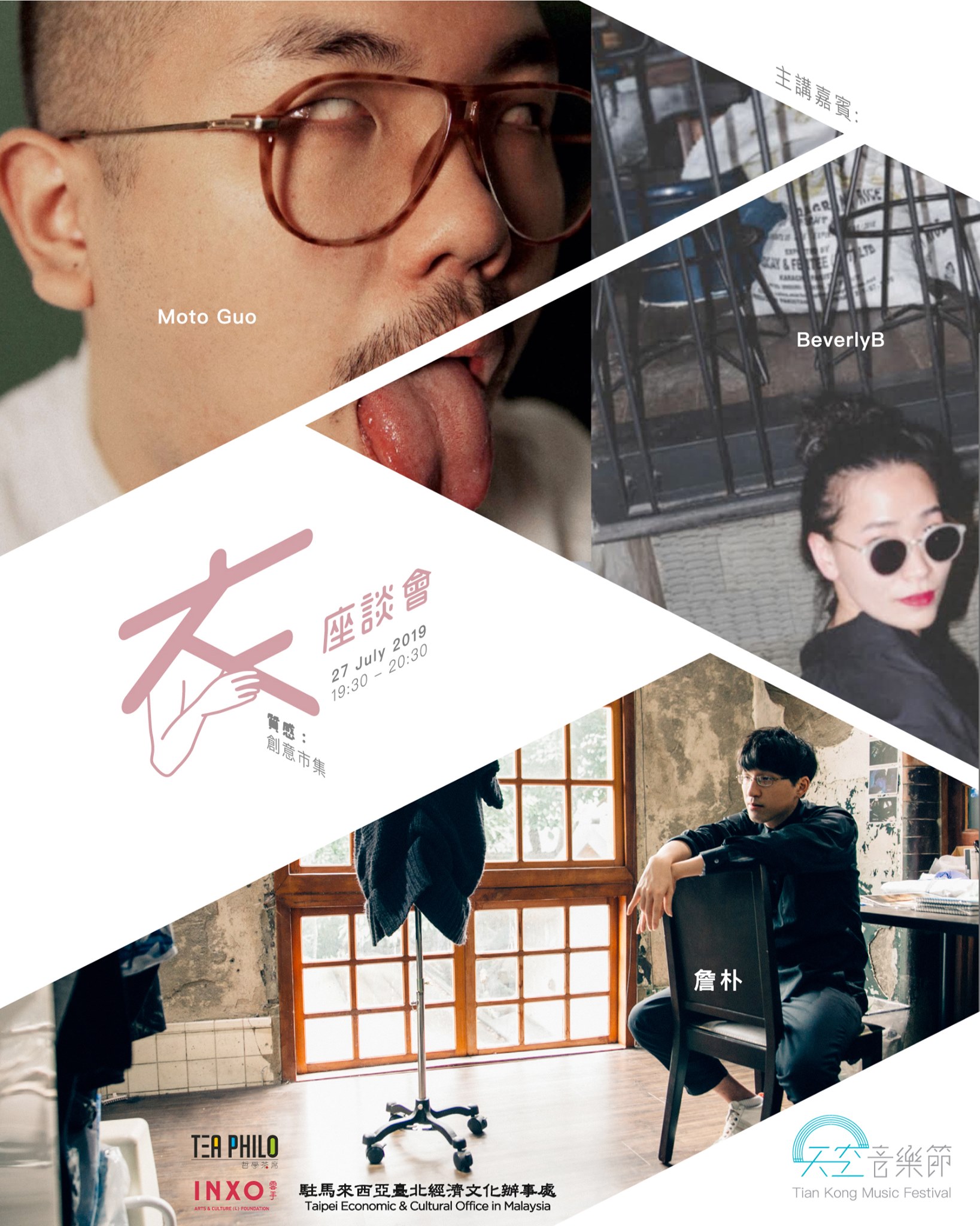 The annually held Tian Kong Music Festival, which was organized this year by Malaysian indie record company Eargasm in cooperation with Taiwan's Ministry of Culture and the Taipei Economic and Cultural Office in Malaysia on July 27 and 28 at the KWC Fashion Centre in Kuala Lumpur, drew more Taiwanese participants than ever.

On the sidelines of the festival, the organizers curated a new salon session under the ongoing "Tea Philo" program, in which UK-based fashion designer Jan held talks with his peers from Malaysia, including Moto Guo and Beverly Ang, and shared their respective philosophies on clothing, design, and brand management. Jan and Guo also talked about the stories behind how they overcame the challenges they faced at various fashion weeks worldwide, delivering fascinating dialogue to a delighted audience.

The ongoing Tea Philo series invites outstanding Taiwanese professionals working in culture and the arts to share their expertise with Malaysian audiences. The next session slated for Aug. 18 will feature Taiwanese accordion player Vincent Tsai (蔡偉靖). Follow the Tea Philo Facebook page for the latest announcements.