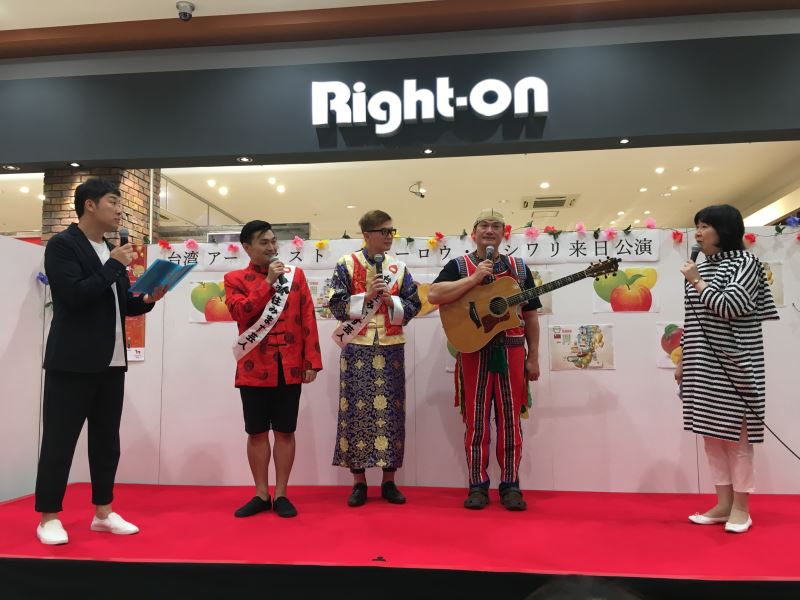 To welcome the arrival of the 2020 Tokyo Olympic Games, many municipalities across Japan have registered as "host towns" for receiving international Olympic athletes. The host town program is aimed at pairing one municipality with one country, with Taiwan chosen by 24 host towns and becoming the most popular pick out of all participating nations.

Performing Taiwan's traditional Amis songs in his native language and accompanied only by a guitar, the multi-winning Golden Melody Best Aboriginal Singer sang a folk song that originated from Hirosaki — "A Song of Apples (蘋果之歌)" — and received a resounding response from the local crowds, especially as Hirosaki is well-known for its apples. His use of Taiwanese indigenous music and Japanese folk songs successfully brought Taiwan and Japan even closer.

The Aug. 10 event coincided with Japan’s national holiday "Mountain Day," the first of a three-day weekend. With a humorous approach, the event spurred further cultural exchanges between Hirosaki City and Taiwan by introducing Taiwanese mangoes and Hirosaki apples, for the two fruit items are beloved by both cultures.

Working with various registered "host towns" of the 2020 Tokyo Olympics, the Taiwan Cultural Center in Tokyo will continue to promote and encourage cultural exchanges between Taiwan and Japan. Featuring Golden Melody Best Singer Paudull (陳建年), the next event will be held in Minamisoma City of Fukushima Prefecture on Nov. 3.