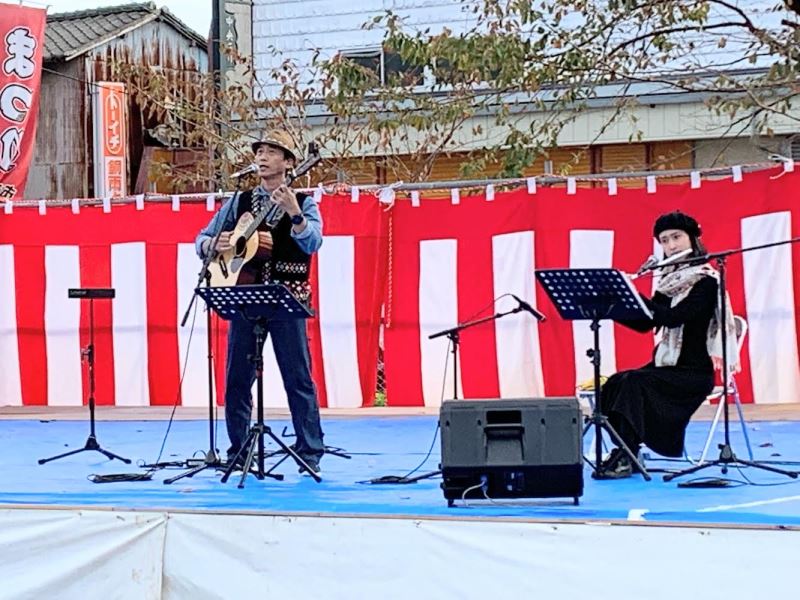 The Taiwan Cultural Center in Tokyo held a "Songs and smiles to connect with Taiwan" music concert in Minamisoma City of Fukushima Prefecture on Nov. 3 with Golden Melody Best Singer Paudull (陳建年) and his band performing at the event.

Minamisoma City Mayor Momma Kazuo (門馬和夫) attended the Nov. 3 event to greet the visiting musicians and express his gratitude. On behalf of Taiwan's Representative to Japan Frank Hsieh (謝長廷), Director of the Taiwan Cultural Center in Tokyo Alice Wang Shu-fang (王淑芳) also attended to offer condolences to all those affected by Typhoon Hagibis. Wang emphasized the center's intent to lift the spirit of local residents with music and provide heartfelt encouragement to recovery efforts.

Japan has been affected by multiple typhoons this summer. The Hirosake City concert had a taste of Typhoon Lekima, while this event took place after Typhoon Hagibis triggered heavy floods and landslides in Fukushima and other northeastern regions. Due to the typhoon, many people in Minamisoma City were without electricity and running water, and were once again hard hit while still recovering from the 2011 Tohoku Earthquake and the Fukushima Daiichi nuclear disaster. The Taiwanese musicians traveled to the isolated and disaster-stricken region to perform, hoping to soothe the victims with music. They were highly praised by local concert-goers and were able to bring the two nations closer together.

To welcome the arrival of the 2020 Tokyo Olympic Games, many municipalities across Japan have registered as "host towns" for receiving international Olympic athletes. The host town program was designed to pair one municipality with one country, while Taiwan was chosen by 24 host towns and was the most popular pick out of all participating nations. Fukushima Prefecture's Minamisoma City was devastated by a 9.0-magnitude earthquake and subsequent tsunami and nuclear catastrophe in 2011, and after receiving both aid and encouragement from Taiwan, and Minamisoma was one of the first to apply to beome a host town for Taiwanese athletes.