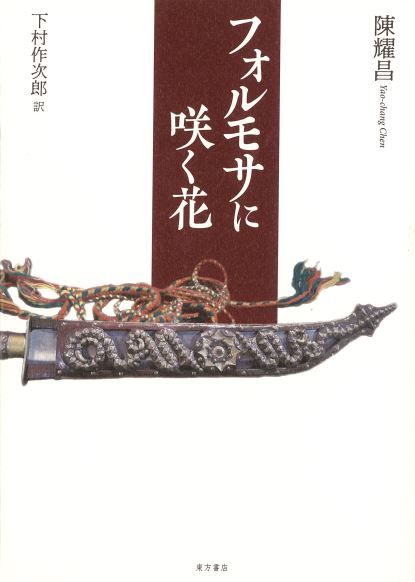 The Taiwan Cultural Center in Tokyo kicked off its first Taiwan Literature Festival on Oct. 18 with a literary discussion featuring Chen Yao-chang (陳耀昌), author of the historical fantasy novel "Lady the Butterfly (傀儡花)," and Japanese writer Hirano Kumiko (平野久美子). The panel attracted many Japanese readers who enthusiastically joined in the discussion.

Chen noted that he found writing historical novels really appealing, so after publishing his first novel, he wrote the "Flower" novel series in succession. "Lady the Butterfly" begins with the shipwreck of an American ship named Rover, and aside from the fictional role of the heroine Butterfly, the rest of the novel is based on true events that took place in 1860s Taiwan. Chen wanted to write a novel that had the potential to be made into a television series or a movie, therefore he added elements of war and love in the novel.

In addition to being a Taiwanese novelist, the 70-year-old Chen is also a distinguished hematological diseases expert who performed the first autologous bone marrow transplant in Taiwan in 1983. His first novel "A Tale of Three Tribes in Dutch Formosa (福爾摩沙三族記)" was shortlisted by both the Ministry of Culture's Taiwan Literature Award in 2012 and the Taipei International Book Exhibition Book Prize in 2013.

"Lady the Butterfly" was published by Ink Publishing House in 2016, the same year that saw it named one of the best novels at the Taiwan Literature Award. Taiwan's Public Television Service (PTS) is currently adapting the novel into a television series with director Tsao Jui-yuan (曹瑞原) at the helm.

Through the inaugural Taiwan Literature Festival in Japan, the Taiwan Cultural Center in Tokyo aims to showcase Taiwan's rich literary heritage and share outstanding Taiwanese writers and their works with Japanese readers. Taiwan's Eslite Spectrum Corporation is opening a new bookstore in Tokyo — its first outlet in Japan — and will soon hold a series of Taiwan-themed lectures, book-launch parties, and literary exhibitions together with the cultural center.