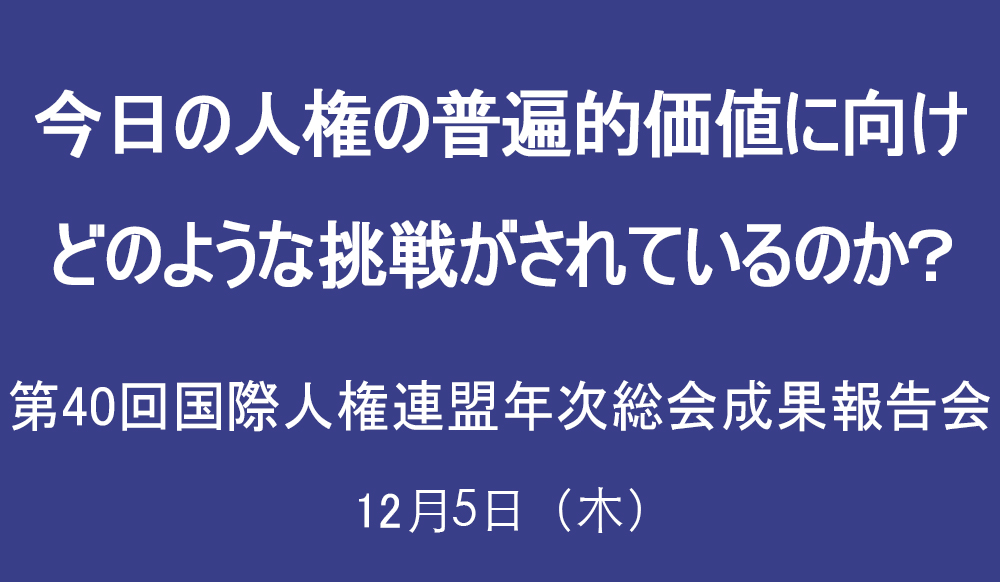 The Taiwan Cultural Center in Tokyo and Institut Français du Japon (French Institute in Japan) co-organized a panel on Dec. 5 to mark the 40th anniversary of the International Federation for Human Rights (FIDH), as the world's second oldest international human rights organization held its world congress in Taipei during October.

From the perspective of refugees and immigrants, Ishikawa discussed the decline of human rights standards around the world, and suggested that solutions should foremost be based on "empathy" and resolved through cooperation among countries. She remarked on how Taiwan's draft asylum law that is currently under review by the Legislative Yuan should serve as reference for Japan when it passes.

Ikeda discussed the importance of Taiwan's Gender Equity Education Act that passed in 2004, which laid the groundwork for issues such as the legalization of same-sex marriage and LGBTQ+ rights. In comparison, Japanese education on gender equality is still far behind. Lastly, moderator Suzuki complimented Taiwan for providing a role model to Asian nations by legalizing gay marriage.