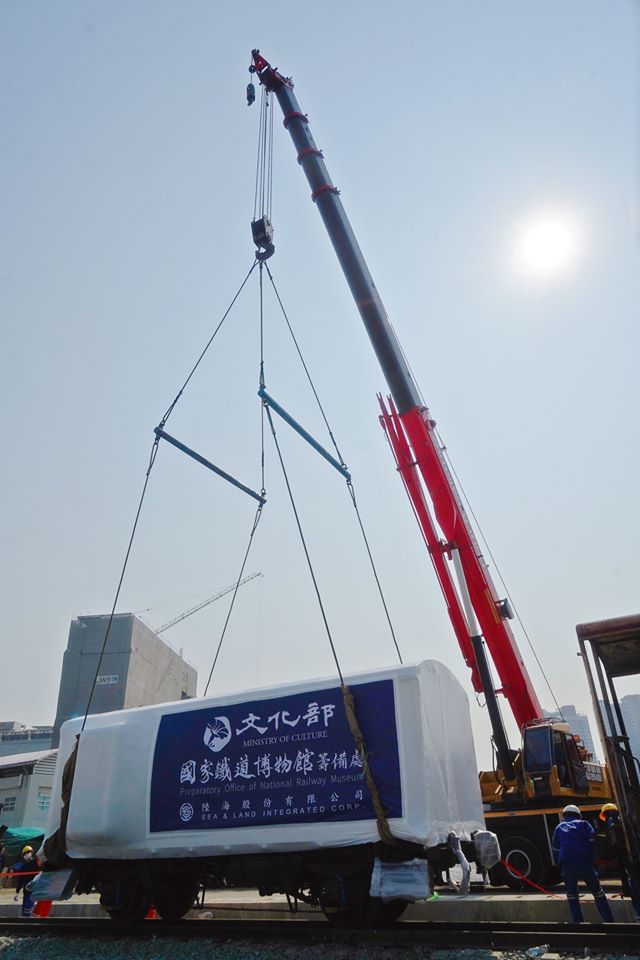 After more than fifty years of service in Southeast Asia, a Thai brake van numbered BV-15078 is scheduled to arrive at Keelung Harbor from Thailand in late March. As an important relic of the nation's railroad history, this Taiwan-produced railcar made its way on March 9 from Bang Sue Station in Bangkok to Thailand's largest harbor Laem Chabang Port, and will join the collection of the upcoming National Railway Museum upon return.

BV-15078 is one of the 100 brake vans that were sold to Thailand in 1964. Also known as the guard's van, such vehicles are used with freight trains and generally placed at each end of those trains. Equipped with hand brakes and guard valves, brake vans serve as a place for conductors to sit during trips.

The upcoming return of BV-15078 is finally coming to fruition after a 10-month effort by the Cultural Division of the Taipei Economic and Cultural Representative Office in Thailand. An agreement that laid out the details of BV-15078's return was signed between the Ministry of Culture and the State Railway of Thailand (SRT) in December 2019.

BV-15078 is the second Taiwan-produced brake van to return home under the joint efforts of the Cultural Division in Bangkok and the SRT, following the return of a brake van numbered BV-15092 in September 2018. The return of BV-15092 took place before the SRT's successful endeavor in locating BV-15078, which is in even better condition.

The brake vans are not only a reflection of the Taiwan's railway industry development, but also a testimony to the technology employed by the Taipei Railway Workshop in the production of train cars of its era. Established in 1935, the workshop was once the largest train depot in Taiwan and is being transformed into the National Railway Museum as part of the Ministry's years-long restoration project.

With the aim of offering train enthusiasts and the wider community a nostalgic look back at Taiwan's rich railroad history, BV-15078 will be preserved in the upcoming museum as one of its important collections.