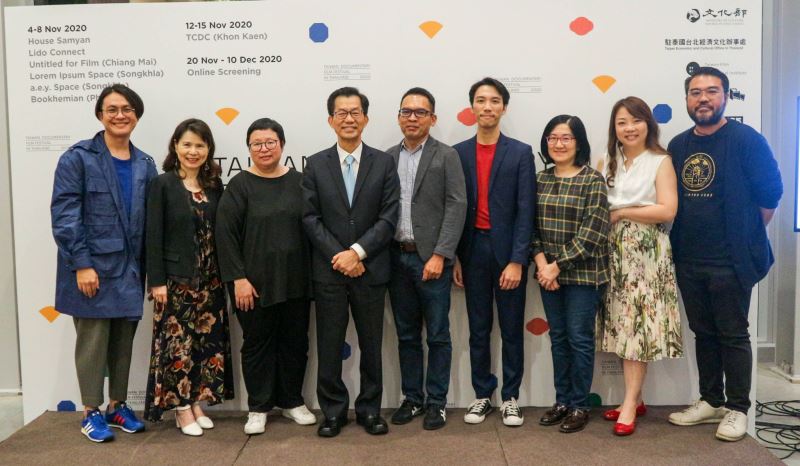 The third edition of the annual Taiwan Documentary Film Festival in Thailand was held in Bangkok, Hat Yai, Phuket, Chiang Mai, Khon Kaen, and Songkhla from Nov. 4 through Nov. 8, one of the few events that proceed in a physical venue amid the COVID-19 pandemic,.

Showcasing nine selected documentary films and 12 shorts, the festival aimed to garner a greater understanding of Taiwan's cultural diversity among Thai cinema-goers and to promote the art of cinematic documentation itself.

The festival officially kicked off on Nov. 4 at the House Samyan Cinema in Bangkok with Taiwanese classic "Yi Yi (一一)" by master filmmaker Edward Yang (楊德昌), who was acclaimed for redefining the very aesthetics and style of Taiwanese cinema.

Another highlight of the festival was the screening of 4K restored version of "Goodbye, Dragon Inn (不散, 2003)" by Taiwan-based Malaysian director Tsai Ming-liang (蔡明亮). The screening took place at Lido-Connect in Bangkok on Nov. 6, Lorem Ipsum Space in Hat Yai on Nov. 7, Untitled for Film in Chiang Mai on Nov. 8, House Samyan on Nov. 8, and TCDC Khon Kaen on Nov. 13.

In addition, the festival presented "The Price of Democracy (狂飆一夢)" by Taiwanese director Liao Jian-hua (廖建華). The 2019 film takes a retrospective look at the decades-long development of Taiwan's democratization through recounting the life experiences that two grassroots activists went through.

Taiwan Documentary Film Festival in Thailand is a joint effort made by a number of organizations, including the Ministry of Culture, the Cultural Division of the Taipei Economic and Cultural Office in Thailand, Documentary Club, and TCDC Khon Kaen.