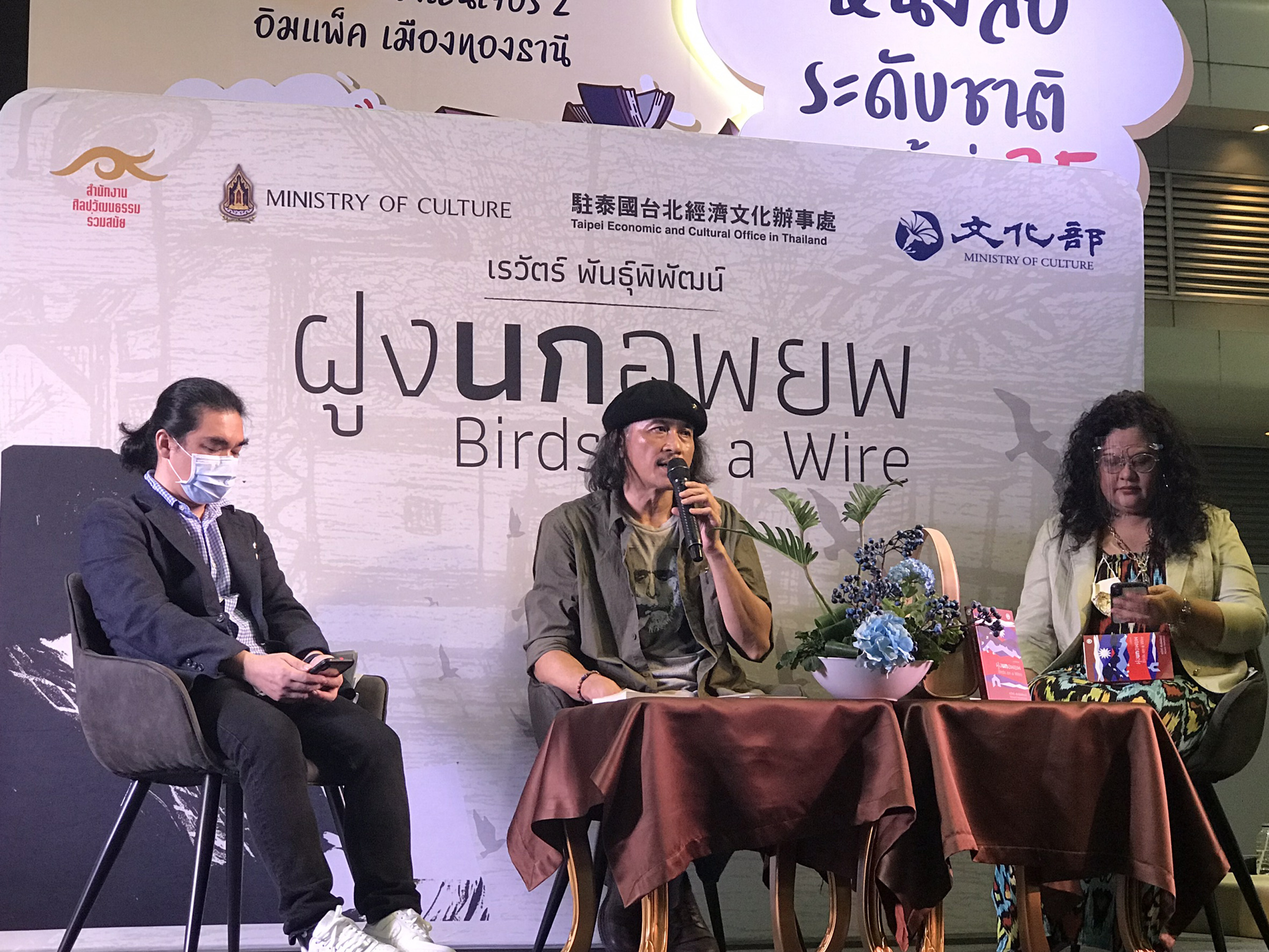 On Oct. 2, 2020, the Taipei Economic and Cultural Office (TECO) in Thailand invited award-winning Thai novelist Rewat Panpipat to hold a book-signing event at the 25th Book Expo Thailand for his recently published book "Birds on a Wire," which details his encounters with Thai migrant workers during his writing residency in Taiwan in 2018.

The event drew a crowd of avid readers, and Taiwan's representative to Thailand Lee Ying-Yuan (李應元) was also present in support of the writer's work.

Rewat Panpipat was invited by the Ministry of Culture to participate in Taiwan's Asian Poetry Festival (亞洲詩歌節) in 2017. In 2018, he had the opportunity to take up residency at Treasure Hill Artist Village (寶藏巖國際藝術村) in Taipei, where he began writing "Birds on a Wire."

Panpipat said that during his three-month stay, he interviewed many Thai migrant workers who left their homes to work in Taiwan so as to improve their families' life prospects, akin to that of migratory birds, hence the book's name.

Born in a working class family, Panpipat empathized with the Thai migrant workers and wanted to convey their experiences in Taiwan and inner struggles, and, at the same time, to explore the interplay between life and fate.

Panpipat hopes that "Birds on a Wire" will transcend language and cultural barriers, allowing people of different races, sexes and nationalities to discover the meaning of life for themselves.

Since embarking on his literary career, Panpipat has published over 20 books, including novels, short stories, and poems. In 2004, he won the South-east Asian Writers Award for "Reminiscence of the River," and proceeded to win the Silpathorn Artist Award in 2014 and the Mekong River Literature Award in 2017.