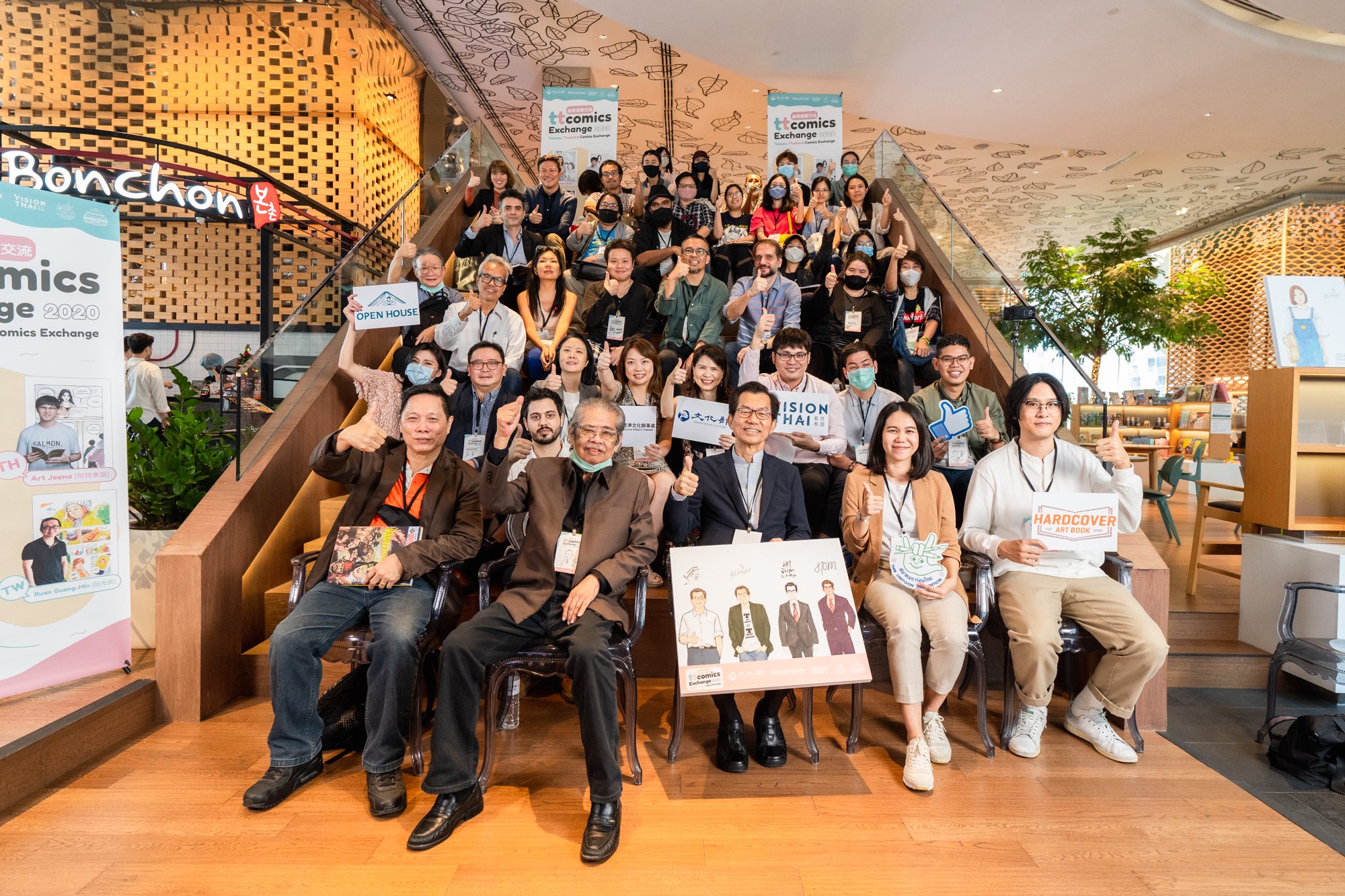 The Cultural Division of the Taipei Economic and Cultural Representative Office in Thailand held the first-ever comics exchange between Taiwan and Thailand, titled "ttcomics," at Open House, a popular bookstore in Bangkok, on Nov. 26, 2020.

Lee Ying-yuan (李應元), Taiwan's representative to Thailand, was also present at the cultural event, in support of exchange between the two countries.

The event was well-received, attended by many guests from cultural circles, including Niwat Tharaphan and Sakda Saeeow, president and vice president of the Thai Cartoon Association (TCA), Sylvain Bano, director of Alliance Française Bangkok, as well as Professor Nicolas Verstappen, visiting scholar at Chulalongkorn University, Bangkok, among others.

"Taiwan's Ministry of Culture places great importance on the field of comics. In addition to supporting the production, the MOC has also set up the Taiwan Comic Base (臺灣漫畫基地) and the National Comics Museum (國家漫畫博物館)," Representative Lee Ying-yuan said.

The four comics artists presented Lee with comic-style portraits of Lee drawn by them, which differ in style, yet thoroughly capture his spirit, impressing both Lee and the guests.

Lee expressed his hope that this event in Thailand will bring about further international cooperation, and he looks forward to more comics-related activities jointly hosted by comics circles in Taiwan, Thailand, France and Germany.

Taiwan has enjoyed worldwide recognition for its soft power, whilst Thailand's booming cultural and creative industries, of which comics is a major medium that reflects the social landscape, has also broken away from traditional print media.

The event "ttcomics" this time broke with traditional frameworks by means of a cross-cultural, cross-national and cross-platform format, inviting Taiwanese and Thai comics artists to create together on line.

By finding themes from their respective cultures, the comics artists have led the characters they create to explore their homelands and jointly developed innovative cross-cultural works.