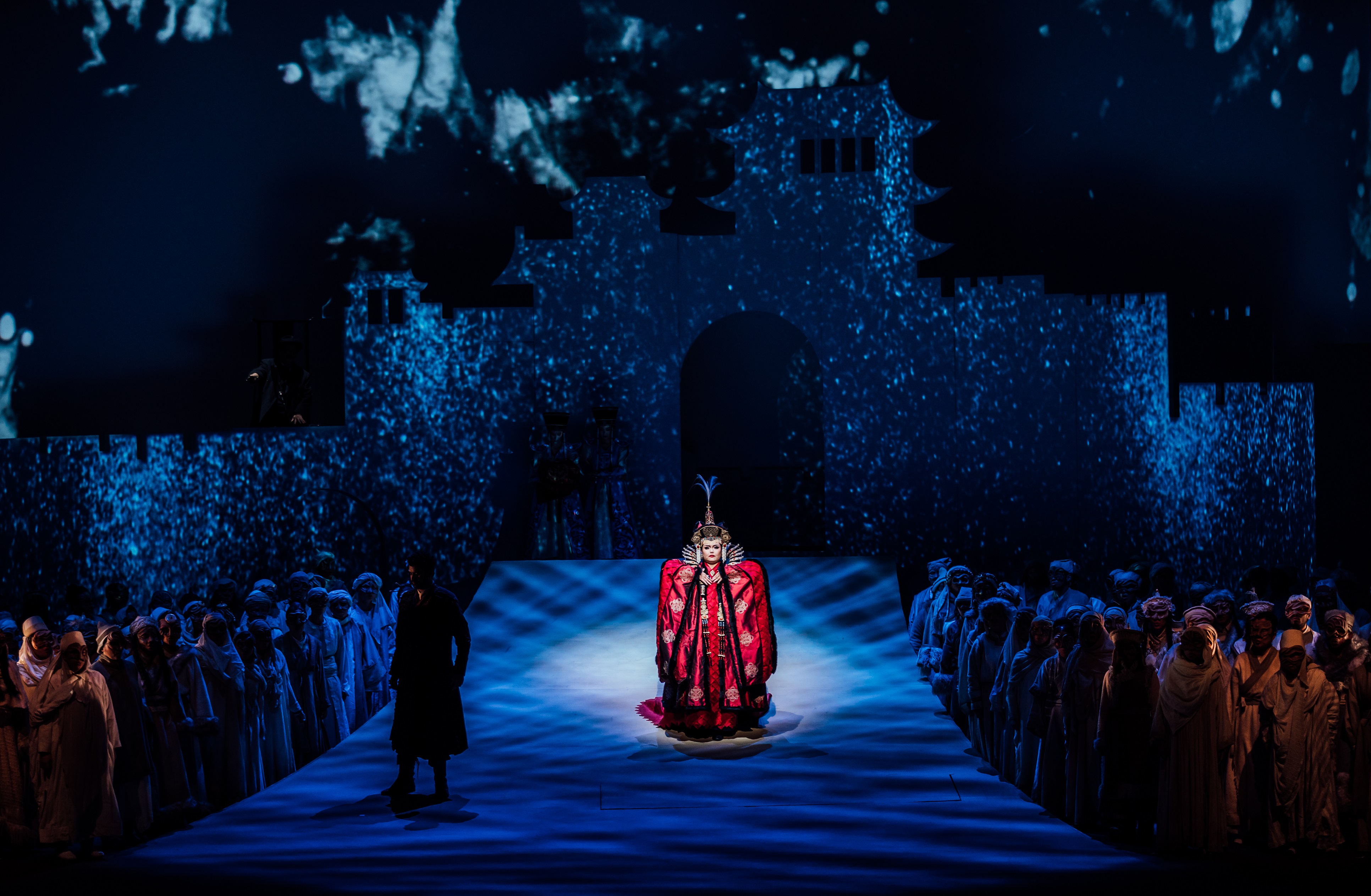 A rendition of Puccini's opera "Turandot," co-produced by Taiwanese and German artists, premiered on the night of Aug. 28, 2020, at the National Kaohsiung Center for the Arts (Weiwuying) to a packed auditorium.

As Puccini's final opera, "Turandot" was unfinished at his death due to laryngeal cancer, leaving fans perplexed despite its later completion.

According to the arts center, it was the world's largest public indoor theater performance since the outbreak of COVID-19. Some 50,000 online viewers around the world, including those in Sweden, Japan, Australia and Taiwan, watched the opera, which was simultaneously livestreamed.

Co-produced by Weiwuying and Germany’s Deutsche Oper am Rhein based in Düsseldorf and Duisburg, this was the first European opera production assigned to a Taiwanese troupe, said Chien Wen-pin (簡文彬), General and Artistic Director of Weiwuying. Since the debut performance in Duisburg, Germany, in 2015, the co-production "Turandot" has been performed over 30 times.

The Taiwanese singers at the performance included Hanying Tso-Petanaj (左涵瀛), who played Princess Turandot with a stunning, emotion-laden voice, Lin Ling-Hui (林玲慧), who earned a round of applause during the segment where she sacrificed for love as the maid "Liu," and Claude Lin (林健吉) as well as Huang Ya-chung (黃亞中), who played "Pang" and "Pong" respectively.

In the opera, one has to answer three riddles correctly in order to ask Princess Turandot for her hand in marriage. Although a suitor who gives a wrong answer will be beheaded, admirers continue to make the attempt.

Li Huan-hsiung (黎煥雄), director of the opera, noted that some Western directors would portray Princess Turandot as a strong independent woman while others would use outer space as the background. Li, however, uses Turandot to symbolize the rise of China.

"As we enter a new era where the traditional boundaries between East and West need to be re-evaluated, Turandot's first two riddles of 'hope' and 'blood' pose the following dilemmas—does hope belong to the past or the future? Should blood red symbolize enthusiasm or hatred?" Li said.

"Like Turandot, China's rise has also turned the country into an object of both love and hatred," Li added.

Chien Wen-pin concluded that since the director and troupe are both from Taiwan, the performance can be further improved, particularly in the area of multimedia, to deliver a more immersive experience for the audience.