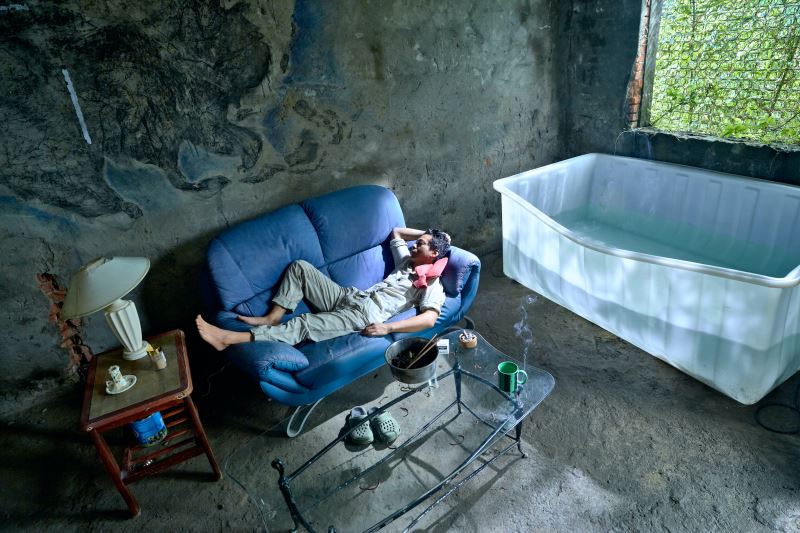 "The Deserted (家在蘭若寺)" by Taiwanese director Tsai Ming-liang (蔡明亮), which was nominated for the first-ever competition for films made in virtual reality at the 74th Venice International Film Festival in 2017, had its Tokyo premiere at ANB Tokyo in Roppongi on Feb. 11. Director Tsai was invited talk about his VR filmmaking process in a virtual forum on Feb. 16.

In order to break through the many restrictions on cross-border movement and cultural exchanges caused by the pandemic, the Taiwan Cultural Center in Tokyo, having taken into consideration of pandemic prevention and cultural promotion, has actively promoted the premiere of "The Deserted” in Japan, with a total of 45 screenings to showcase the achievements of Taiwan’s culture and technology.

In a discussion with Japanese director Yuko Nakamura, Tsai Ming-liang provided a detailed account of the VR filmmaking process, explaining the differences between making VR movies and general movies as well as their respective challenges.

He also revealed his family background and childhood years in Malaysia. Brought up by his grandparents who were movie fans, Tsai came into contact with the world of movies as a young child and developed the interest since then. Coming to Taiwan at the time when the political climate was changing for more relaxing and restrictions on freedom of expression were eased, he was exposed to art films from various countries, including those by Akira Kurosawa and Yasujiro Ozu. He added that Taiwan's open atmosphere has influenced his career direction, allowing him to create freely without being swayed by the market or box office.

Towards the end of the forum, Tsai noted that he has always been free to create ever since his debut film "Rebels of the Neon God (青少年哪吒)" in 1992, and has no regret in his career in filmmaking. With no plan to retire whatsoever, he said that he will persist in the endeavor.