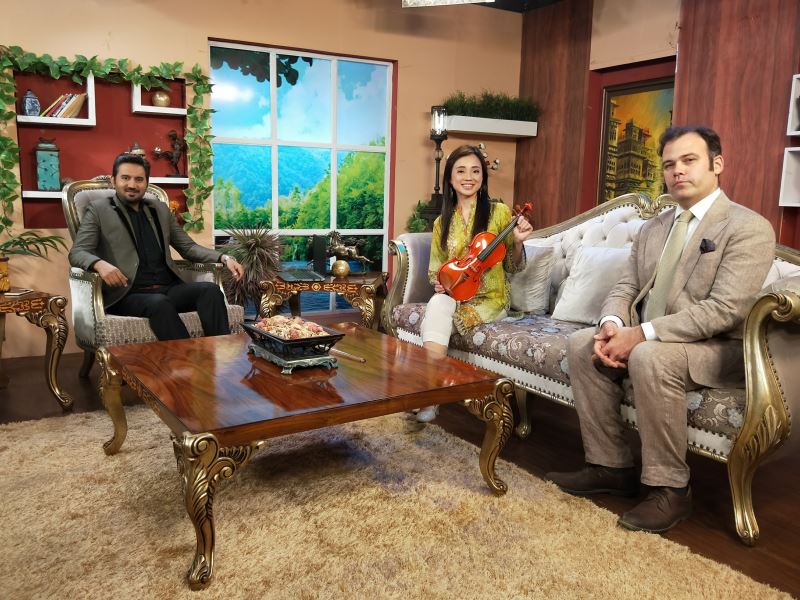 The "88 World Tour: Cultural Exchange with Developing Nations Project," supported by a subsidy from the Ministry of Culture under the "Cultural Exchanges and Collaborative Projects between (the Regions of) West Asia and South Asia with Taiwan" program, just wrapped up a visit to Pakistan. From Sept. 24 through Oct. 3, artistic director of Kairos Huang Kaiyin (黃凱盈) led a group on a trip to Pakistan, becoming the first Taiwanese pianist to engage in a cultural exchange visit to the country.

While there, Huang joined Kimball Gallagher, founder of 88International, in visiting Pakistan's National Academy of Performing Arts and National College of Arts, holding performances and workshops. Afterward, the students put on their own performances, receiving elated responses from the audiences in attendance. Huang was also invited by the American embassy in Pakistan to perform at their Daniel Pearl Music Day to showcase Taiwan's culture of inclusivity, hope, and humanitarian values. The trip also included visits to a number of local elementary schools to hold music education workshops.

Kairos has a long history of working with 88International, including trips to nations and conflict zones in northern Africa, the Middle East, and Southeast Asia. T2F, founded by Pakistani social activist Sabeen Mahmud, provides music education in the country, as well as the planning and organizing of Pakistan's first symphony orchestra. With the support of Taiwan's Ministry of Culture and in cooperation with 88International, Kairos also gifted to T2F a handmade violin from the indigenous village of Alang Sasi in Nantou County. They also shared the story of the musical friendship between Pakistan and Taiwan on Pakistani television show "Rise and Shine Pakistan."

Kairos was named a 2018 "Taipei City Outstanding Performing Arts Troupe," and is composed of a group of musicians with a mission of care and humanity. Through communicating worldly emotions through music, the group hopes to promote a sense of global citizenship. Their performances are characterized by a combination of classical music, theatrical effects, and technology. The "Cultural Exchanges and Collaborative Projects between (the Regions of) West Asia and South Asia with Taiwan" program is part of the Ministry of Culture's efforts to promote artistic engagement with West Asia and South Asia through Taiwanese artists, and this exchange between Taiwan and Pakistan is among the recent fruits of the program's subsidy offerings.