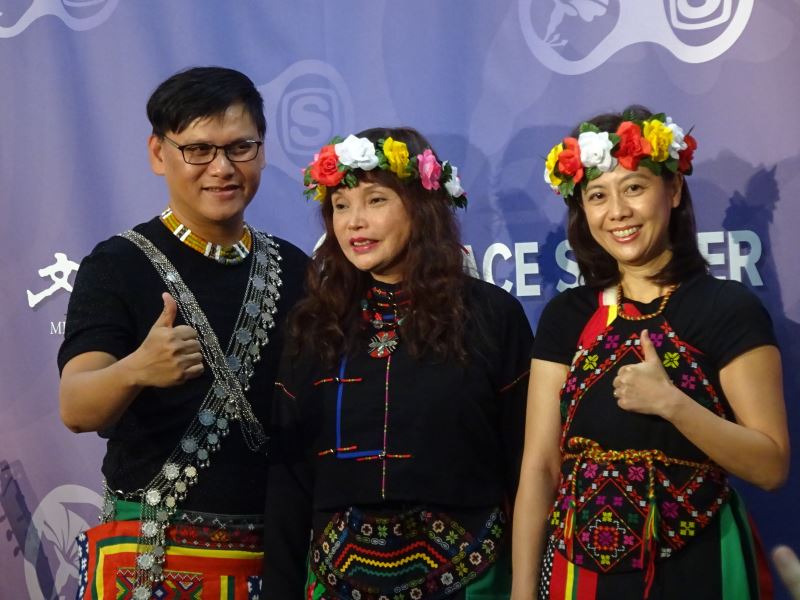 Indigenous singer-songwriter Sangpuy held a series of performances in Japan during October as part of festivities rallying support for Taiwan's professional athletes and the 2020 Tokyo Olympics.

Sangpuy is a Beinan musician who sings of life, nature, and aboriginal identity with his powerful and penetrating voice. His music has the ability to help people reconnect with one's land, which is spiritually and culturally revered in Taiwan's indigenous cultures.

The 41-year-old musician first headlined a concert co-organized by the Taiwan Cultural Center in Tokyo and Japanese music entertainment company Space Shower Networks on Oct. 25, and then attended the Kasama Kiku Festival, Japan's longest-standing chrysanthemum festival, on Oct. 26 and 27.

The intimate Tokyo showcase attracted over 120 fans, whereas the Kasama indoor concert saw roughly a hundred fans sing along to the guitar-strumming Sangpuy. The singer, who will be performing at the National Taichung Theater in central Taiwan this coming April, also extended an invitation to Yamaguchi Shinjo, mayor of Kasama City.

Approximately 100 kilometers from the Tokyo metropolitan area, Kasama City in Ibaraki Prefecture was chosen as one of the 16 host cities of the 2020 Tokyo Olympics. Sangpuy's October tour is the first of many musical exchanges that the Ministry of Culture will hold with the 16 host cities to deepen regional friendships through culture and sports.

Stay up to update with the latest events organized by the Taiwan Cultural Center in Tokyo, the Ministry’s overseas branch in Japan, by following @moctokyo on Twitter or Facebook.