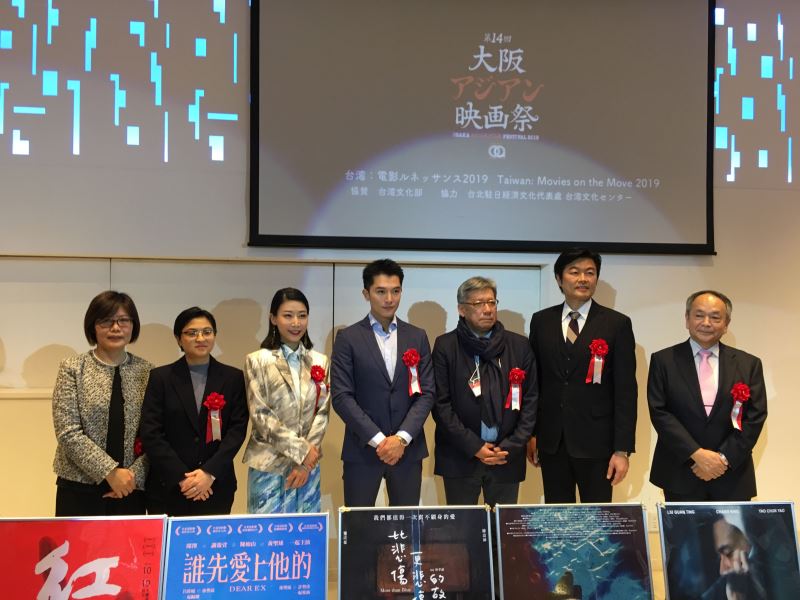 Curated with support from the Taiwan Cultural Center in Tokyo, "Taiwan: Movies on the Move 2019" will showcase excellent new releases that mirror the current affairs of Taiwan. The selection includes the aforementioned "Dear EX," as well as "2923," "Chi: The Method of Breathing (氣)," "Father (紅盒子)," "La Petite Mort (小死亡)," "More Than Blue (比悲傷更悲傷的故事)," and "till next time (楔子)," of which six are Japan premieres.

Alice Wang Shu-fang (王淑芳), newly appointed director of the Taiwan Cultural Center in Tokyo, explained that the Ministry of Culture views the development of Taiwan's audiovisual sector as a high priority, and hopes that by strengthening the sector's content and production capabilities, more unique Taiwanese stories and experiences can be shared with the world.

The Ministry is also working to strengthen Taiwan's industrial ecosystem for films, television series, virtual reality productions, and other audiovisual works by seeking domestic and international financiers, producers, and distributors for Taiwan's storytellers. The goal is to create a branded image for Taiwan cinema, the director added.

The March 13 ceremony was attended by Lee Shyh-bing (李世丙), head of the Taipei Economic and Cultural Office in Osaka; scriptwriter-director Huang Chih-chia (黃芝嘉) and actress Tiffany Hsueh (薛提縈) of "till next time"; director Yvette Chou (周良柔) of "La Petite Mort"; and OAFF programming director and Japanese film critic Teruoka Sozo (暉峻創三), among many other dignitaries.

More information on the "Taiwan: Movies on the Move 2019" special section at OAFF can be found at: http://www.oaff.jp/2019/en/program/index.html#tw.

In other related news, director Chou of "La Petite Mort" is also serving as a jury member of the 14th OAFF International Competition, while actor Chiu will receive this year's Osaka Asia Star ★ Award on March 14 for his breakthrough role in "Dear EX."