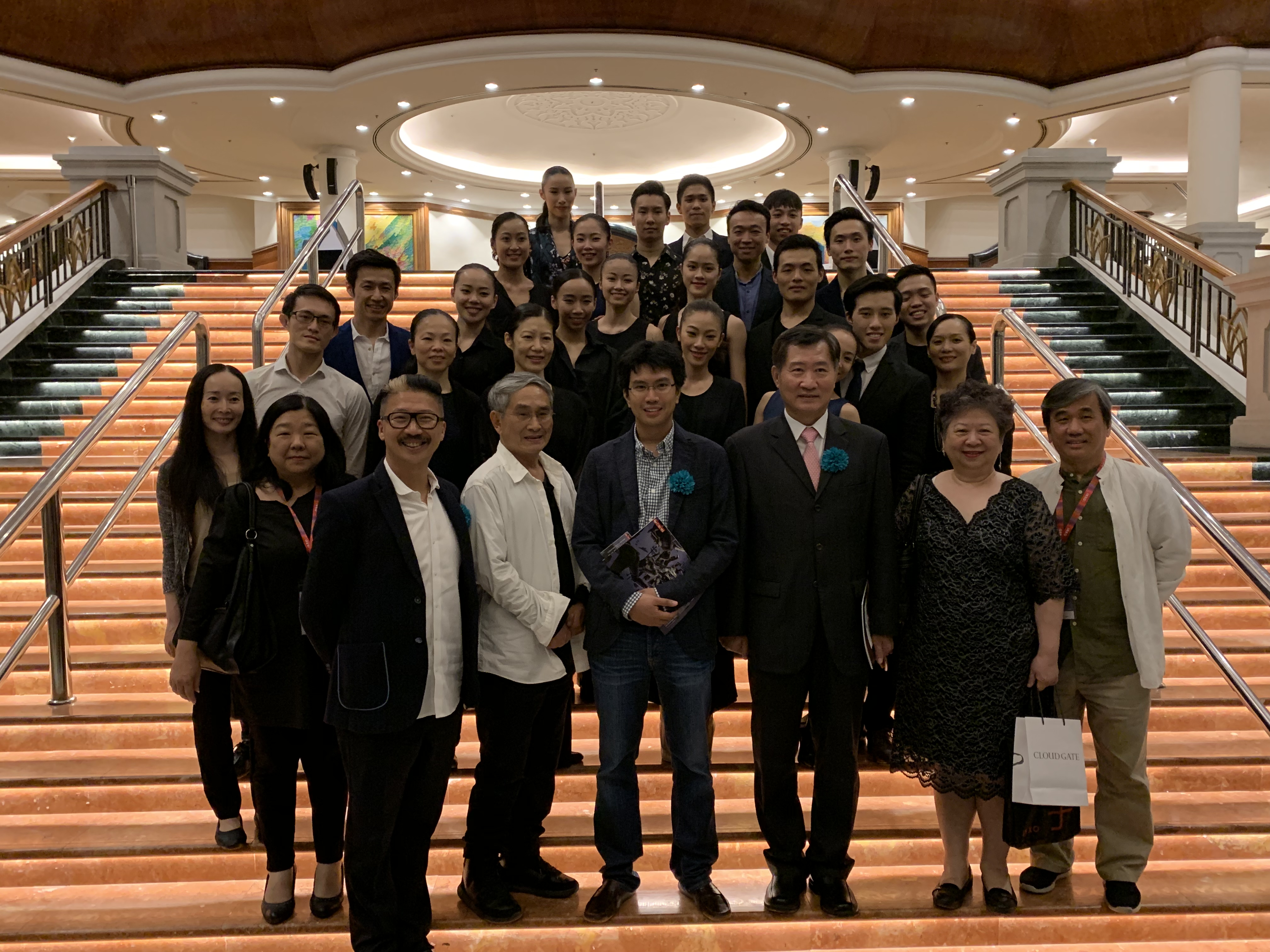 Led by veteran Taiwanese choreographer Lin Hwai-min (林懷民), Cloud Gate Dance Theatre (雲門舞集) staged its latest production "Formosa (關於島嶼)" at Istana Budaya, a world-class performance center nicknamed the Palace of Culture in Kuala Lumpur, on March 16 and 17. The two performances proved to be a new hit with Malaysian audiences, as tickets were sold out and both showings were eagerly covered by major media outlets.

Lin explained that this particular piece of choreography was largely inspired by the natural and humanistic landscapes of Taiwan, with the stage design employing innovative typography highlighting familiar Taiwanese places and names. However, the worldly themes running in "Formosa" are a reflection of the human conflicts and environmental destruction that are taking place all across the world, he pointed out.

"Formosa" is Lin's last production before his retirement this year. He spent three years choreographing the performance, the longest time he has ever spent on a piece of work. Debuting in 2017, "Formosa" embarked on a world tour in the following year and garnered prizes for Best Projection Design at the 2018 Knight of Illumination Awards in London, and Best Production of the Year by prestigious German magazine Tanz in 2018.

Lin joked that this has to be his most accolade-studded production yet, as new honors are still rolling in for "Formosa."

The two-day performance was curated by INXO Arts and Culture Foundation and co-sponsored by the Taipei Economic and Cultural Office in Malaysia, Purple Cane Enterprise, Hands Percussion Malaysia, and Yayasan Belia Buddhist Malaysia.

More videos and photos can be found at INXO Arts and Culture Foundation's Facebook page here.