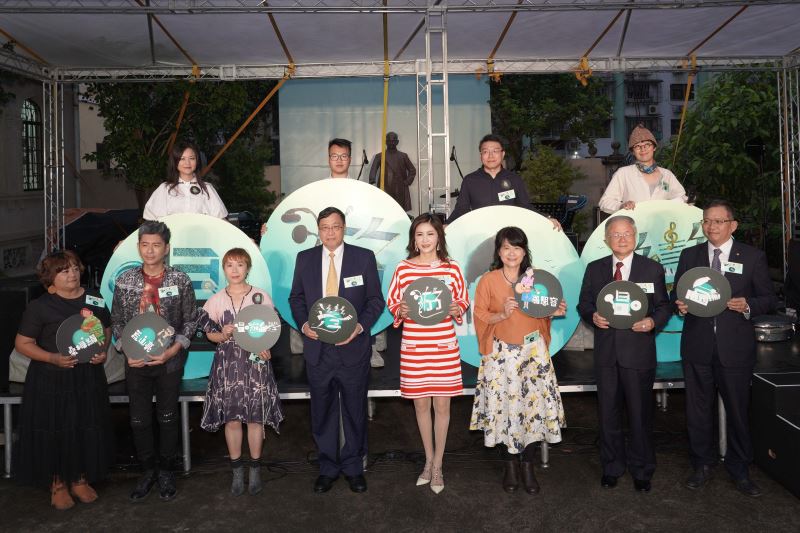 The fifth edition of the Taiwan Festival in Macau kicked off on April 12 with a spectacular concert featuring a Golden Melody-winning lineup. The nine-day festival is offering exhibitions, forums, book readings, film screenings, and more through April 21 under the theme "Sing Along with Taiwan Tone."

Chen Sheue-hwai (陳雪懷), director-general of the Taipei Economic and Cultural Office in Macau, stated that while people-to-people exchanges between Taiwan and Macau are frequent, the Taiwan Festival in Macau promotes interaction and engagement through culture. It presents the unique charms of Taiwan's culture, initiates dialogue, and deepens friendships, added Chen.

Lu Hsiao-hsuan (盧筱萱), deputy director of the Kwang Hwa Information and Cultural Center, pointed out that the 2019 edition chose the "Sing Along with Taiwan Tone" theme to focus on the multiple languages and diverse styles that make Taiwan's music truly unique.

One of the biggest festival attractions this year is the "The Languages in Music of Taiwan" exhibition at the Dr. Sun Yat-Sen Memorial House in Macau, which will present the musical progress of different language groups via pictures, album covers, documents, and some rare first-edition records. Visitors can even listen to the featured songs by using smartphones or scanning on-site QR codes.

More information — available in Mandarin, English, and Portuguese — is available on the event website www.taiwanfestmo.tw. All are welcome to sing along with Taiwan tone!