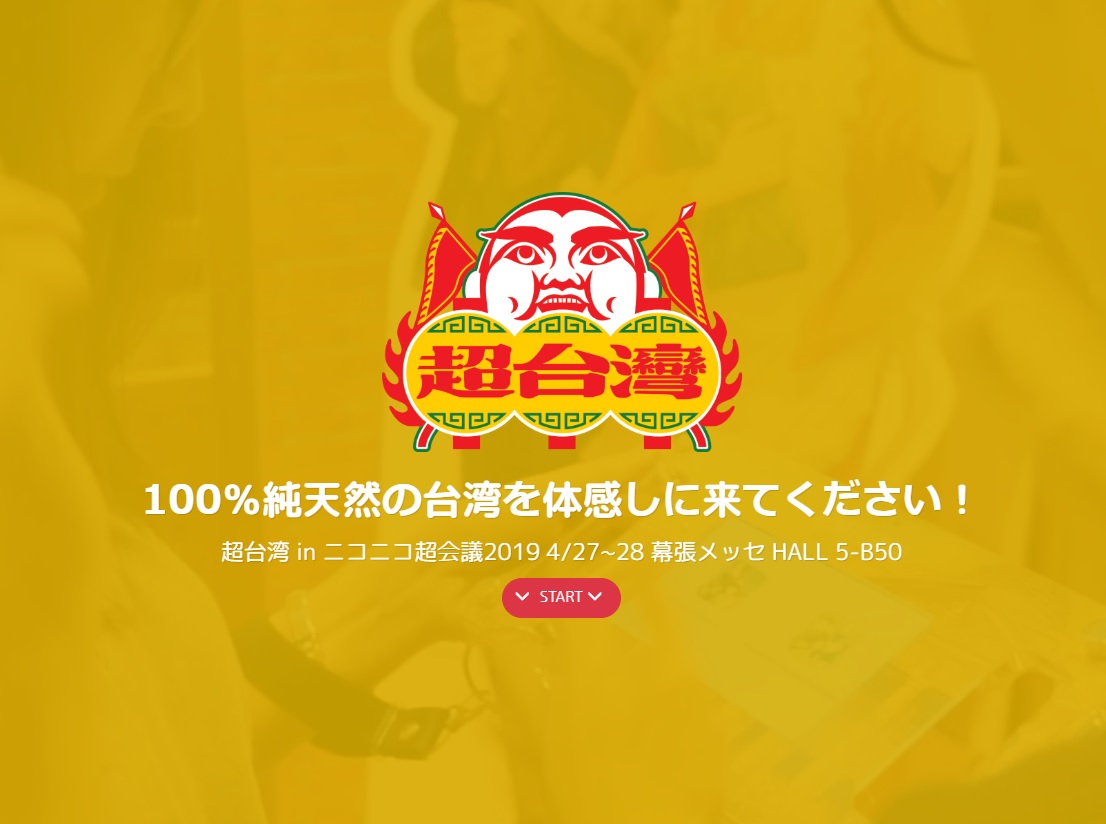 This year, the Ministry of Culture worked with the Academia Sinica Center for Digital Cultures and Acer Inc. to help visitors experience Taiwan culture at the annual NicoNico Chokaigi (otherwise known as NicoNico Super Conference) of Japan, an internet cultural festival held on April 27 and 28 this year, by harnessing the power of virtual reality.

In the "Super Taiwan Pavilion" set up by the Ministry, visitors experienced temple festivals at the "Super Temple Festival" section and the crowded motorcycle traffic during rush hours on Taipei Bridge at the "Super Motorcycle" section by using virtual reality tools.

Li Lung-chieh (李隆杰) is a Taiwanese artist whose "Ichthyophobia (怕魚的男人)" was recognized with a Silver Award by the 9th Japan International Manga Award of the Japanese Ministry of Foreign Affairs in 2016.

At the "Super Motorcycle" section, visitors were able to virtually experience the "scooter cascade" by wearing Acer OJO 500 Windows Mixed Reality Headset and riding on a bike installation integrated with special immersive effects.

The "Super Temple Festival" section allowed visitors to virtually experience an annual procession celebrating the birthday of Lord Guan (關公) in Daxi District, Taoyuan City. The procession that began in 1914 is portrayed in the series "The Summer Temple Fair (神之鄉)" by comic artist Zuo Hsuan (左萱).

Visitors were delighted to try on the huge deity costumes usually donned by procession performers and follow the traditional dance steps in tune to Beiguan music re-composed by the Sheng Xiang Band (生祥樂隊). Each outfit was embedded with motion-detection sensors, which projected their dancing figures on a large screen and helped participants feel as if they were performing in a temple festival.

In cooperation with Academia Sinica, the Ministry has also re-launched the Creative Comic Collection, a Taiwan-based comic monthly that serves as a platform for local history researchers and artists to work together on new topics for original comics.

The platform helps transform materials relating to Taiwan's history, folk activities, and ecological development into cultural assets that can be applied towards interdisciplinary productions by licensing intellectual property.

To inspire the export of outstanding Taiwanese comic works, the Ministry is providing subsidies to overseas publishers for licensing and translation. Details and applications are available on the website Books From Taiwan.

NicoNico Super Conference is a melting pot of Japan's internet culture and an important event for the presentation of advanced display technologies. "Super Taiwan Pavilion" helped unique folk activities and original content from Taiwan to shine in Japan via new media presentations. Moreover, the pavilion's direct webcast of its activities during its two-day run drew over 40,000 viewers.