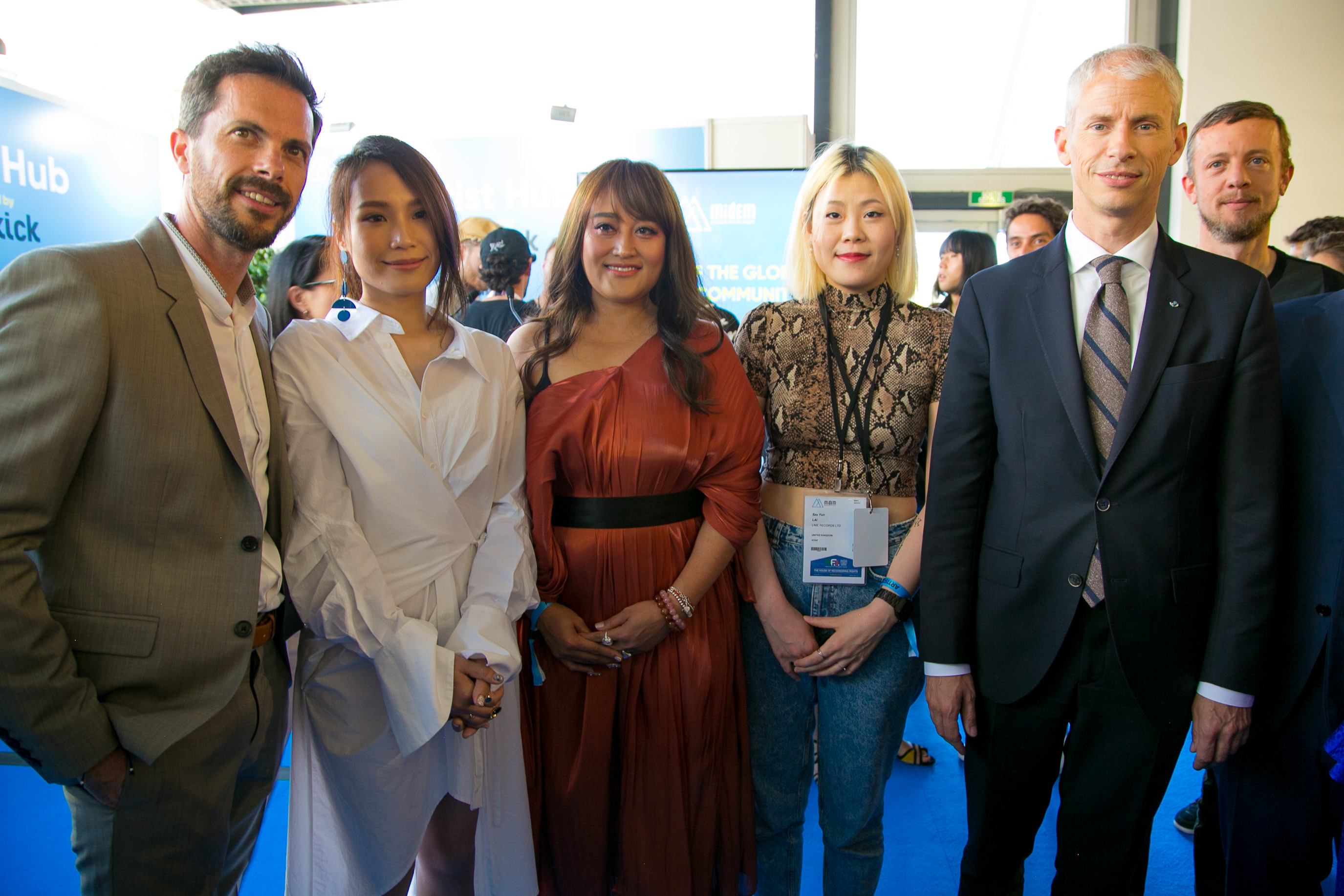 The three were also invited to have a group photo taken with French Minister of Culture Franck Riester, attesting to this event's high regard of Taiwan after years of diligent efforts made by the government to promote Taiwanese artists at global music festivals.

"Taiwan Beats" — a global outreach program through music that has been organizing concerts at the beautiful MIDEM beach stage over the past decade — has seen growing popularity among foreign exhibitors and is steadily driving attention to Taiwan's musical talents at international music festivals.

At the June 5 concert, audience members were captivated by Amuyi's penetrating and powerful singing voice and Jia Jia's sweet and gentle voice. In spite of the sharp contrast between the two vocalists, attendees were completely enamored by the charms of both.

The concert was brought to a crescendo ending by Sonia Calico, an experienced Taiwanese singer who has performed at various electronic music festivals worldwide. She is good at blending instrumental folk elements with varying transitional rhythms to create an exotic experience that is well received among international concert-goers.

At the Cannes trade show, Sonia Calico also worked with the Cultural Tech Alliance of Taiwan (Cultech, 文化科技發展聯盟) to exhibit her creative works that are characterized by audiovisual originality and interactivity at the Taiwan Pavilion. It was a successful example of interdisciplinary cooperation among Taiwan's cultural and tech sectors.

The three Taiwanese acts headed for Paris after finishing their concerts in Cannes to perform at another show at Flow Paris, a three-story-high yacht docked on the Seine. Their June 7 performances brimmed with the festive mood of the Dragon Boat Festival, as the show took place on the day of the festival back in Taiwan and bamboo-wrapped rice parcels that represent the traditional event were served.

In recent years, the Bureau of Audiovisual and Music Industry Development (BAMID) of the Ministry of Culture has ramped up its efforts in helping Taiwanese companies exhibit their products and assisting Taiwanese artists perform at music trade shows.

This year, the Taiwanese delegates also attended a series of activities provided by MIDEM, including professional workshops and business forums, to tap into new opportunities and markets in hopes of generating more value for Taiwan's industry players while demonstrating the attractiveness of Taiwan’s pop music and the influence of Taiwan's cultural diversity.

The BAMID's cooperation with Cultech at the Cannes festival aimed to build a global presence for Taiwan's music brands and expand their global market share by pairing up representatives from the homegrown music industry with cultural, technological, and fashion design professionals across Taiwan.