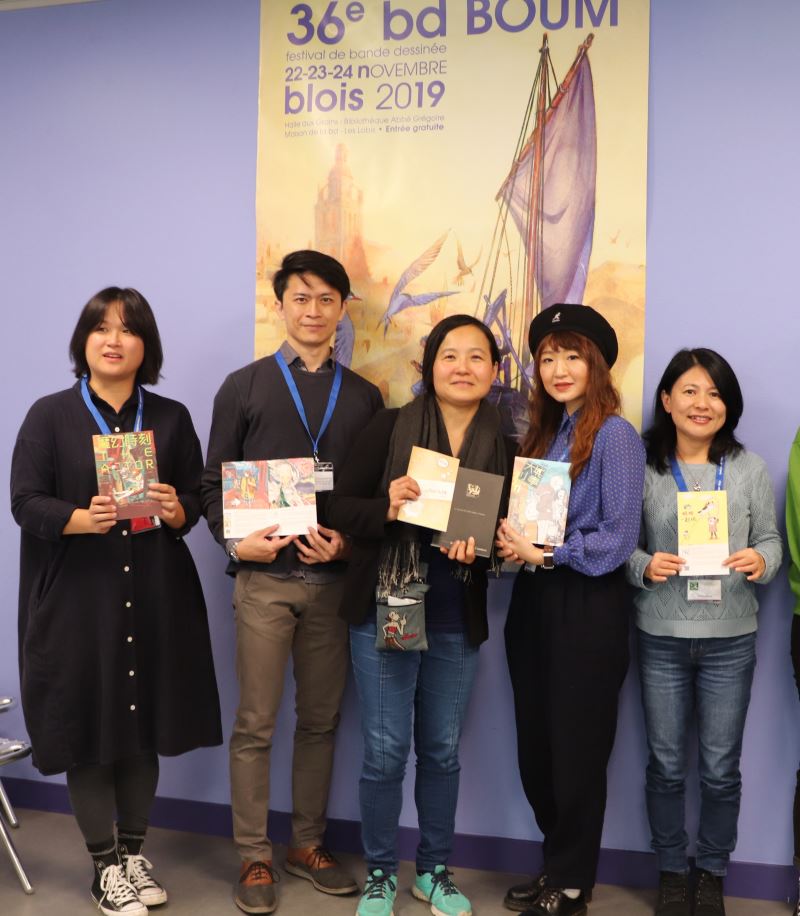 To strengthen international exchanges and increase development opportunities for the Taiwanese comics industry through the Golden Comic Awards (GCA)﻿, the Ministry of Culture has been sponsoring laureates of the nation's premier comics awards to attend multiple international comic festivals in France and Japan since 2018.

As one of France's largest comics festivals, bd BOUM is attended by comic artists, publishers, and literary agents from around the world. During this year's festival from Nov. 22 to 24, Taiwan was the only Asian country in attendance. Language did not pose a barrier as Taiwanese publications flew off the shelves and sold out quickly.

Leading on-site mini-workshops to interact with bd BOUM visitors and showcase Taiwan's creativity and originality, the Golden Comic Awards winners also held a forum to discuss the origins of Taiwanese comics and introduce their award-winning works to European audiences.

When the four Golden Comic Awards winners attended Kaigai Manga Festa from Nov. 30 to Dec. 1, Japanese fans enthusiastically purchased their comic books and even declared that they wanted to visit Taiwan and purchase more Taiwanese works.

At a public forum held at the Festa, Ao also shared his internal struggles during the creative process, while Hong introduced her editing process for the award-winning work "Here Alone: Inside Chen Uen's World." Both comics successfully left a good impression on audiences and fans.

One of the most interesting segments of the Festa was when the organizers invited all the international artists to create on-the-spot works based on different themes. For the theme of "Most popular animal for 2020," Monday Recover used simplistic lines to create a rotund rabbit with an uplifting aura, whereas Wu drew a hefty yet adorable cat. Both artworks were well-received by the crowds.