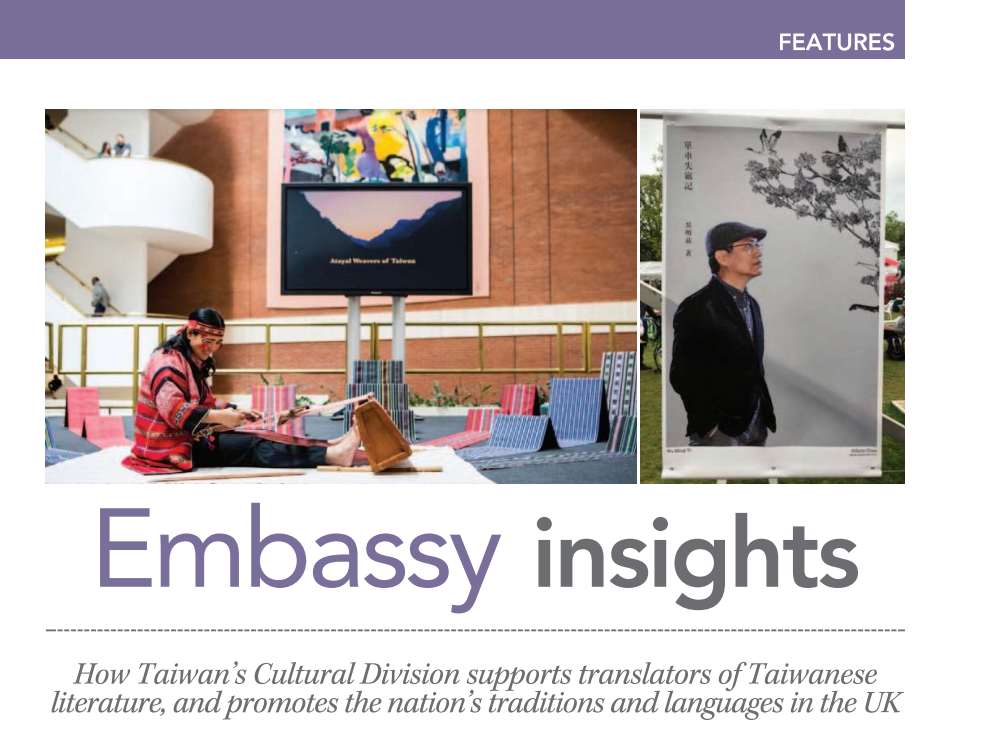 The Cultural Division at the Taipei Representative Office in the UK was put into the spotlight in this month's edition of The Linguist magazine, as the magazine reviewed past cultural exchanges organized by the Division.

In its article, The Linguist promoted the upcoming summer school collaboration between National Museum of Taiwan Literature (NMTL) and British Centre for Literary Translation (BCLT). Under the "International Literary Translation and Creative Writing Summer School" program, five international translators and five Taiwanese translators will be selected to receive full funding to attend the summer school over the course of six days in July. This workshop represents the first official cooperation between NMTL and a professional British literary institution.

The article reflected on how the Cultural Division has introduced Taiwan's culture to the UK audiences through events such as "Taiwan's Lost Commercial Cinema: Recovered and Restored" and "Taiwan in Poetry, Poetry in Taiwan." Additionally, a symposium will be held in October to discuss Taiwan's contemporary literature and film in the global context.

The Linguist's article also intended to introduce the Cultural Division at the Taipei Representative Office, as well as Taiwan cultural events in the UK and Ireland, to the British audiences. It quoted director of the Cultural Division Chen Pin-chuan (陳斌全) mentioning that he believes the upcoming British Centre for Literary Translation’s Summer School will be the key to growing international interest in Taiwanese literature.

The Linguist is a professional digital journal of the Chartered Institute of Linguists, and it is published six times per year. It focuses on the translation, interpreting and linguistics related content. The magazine's history goes back over half a century and the section "Embassy Insights" takes a look at the work of various London embassies' cultural and linguistic activities.