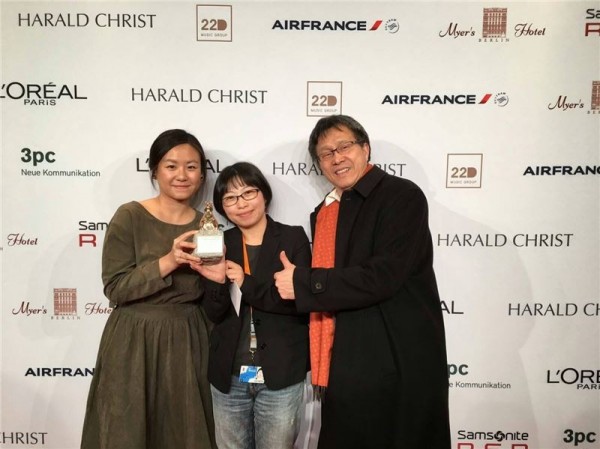 "Small Talk (日常對話),” a documentary directed by Taiwan's Huang Hui-chen (黃惠偵), has won the top prize for best documentary at the 2017 Teddy Awards, which honors films with queer themes at Germany's Berlinale.

The documentary explores LGBT+ topics through dialogues between a daughter and her mother, who is a lesbian. Starting from the daughter's attempts to understand her often-absent mother, their small talk reveals the painful past shared by the two, and the feature goes on to show the audience how they slowly repair the relationship.

"Small Talk” will receive a cash prize of NT$750,000 from the Ministry of Culture in accordance with "Enforcement Guidelines for Film Industry and Film Practitioners Participating in International Film Festivals,” which offers a reward to affirm the excellent performance of Taiwanese film professionals on the world stage.

Culture Minister Cheng Li-chiun noted that it was not easy for "Small Talk,” the first documentary feature by Huang, to stand out and win the coveted prize among over 50 other submissions to the Berlinale's official "Panorama” section.