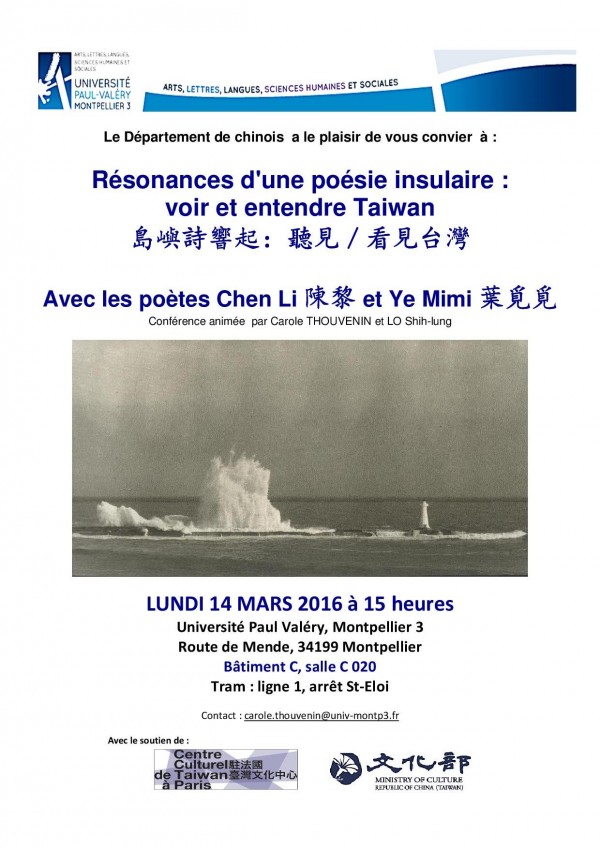 Taiwanese poets Chen Li (陳黎) and Ye Mimi (葉覓覓), who were invited to join the 2016 Poets of the Spring series in France, shared their poems set to music at the Paul Valéry University of Montpellier and the Jean Moulin University Lyon III in March 2016.

With the support of the Taiwan Cultural Center in Paris and professor Laureillard, audience members received poetry manuals in Chinese and French so they could better follow the poetry recitals.

Ye screened two poetry films and a short film that took inspiration from daily life in Taiwan - "They Are There but I Am Not (他們在那裡而我不在),” "Was Being Moved? (被移動的嗎?),” and "Hail the Bodhisattva of Collected Junk (南無撿破爛菩薩).” The images and texts which embody Taiwanese elements received positive feedback from the French audiences.

In addition to the forums, Chen and Ye were interviewed by Radio France International and Radio Campus Montpellier, respectively on March 13 and 15, to share their creations and inspirations.

Following the forums in the southern cities of France, Chen and Ye also traveled to Paris on March 17 to join another two-day forum. 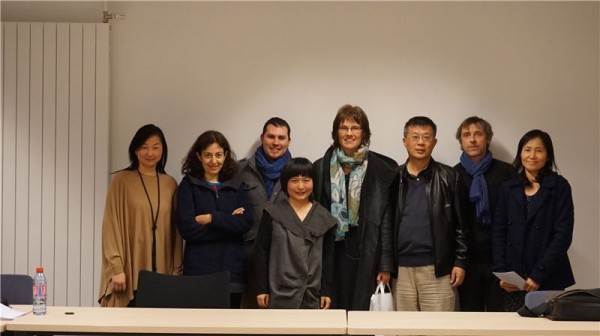 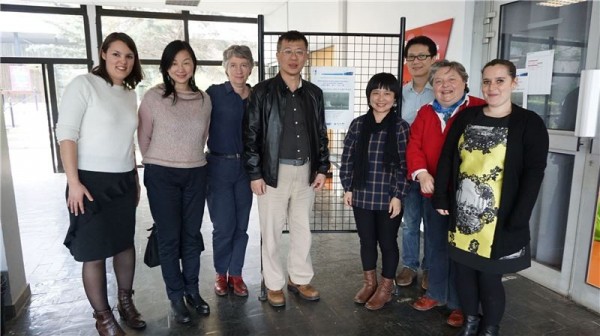