Berlin | 'Also Like Life: The Films of Hou Hsiao-hsien'

The month-long film festival kicked off with "A Time to Live, A Time to Die (童年往事),” a semi-autobiographical coming-of-age story, and ended with "The Assassin (刺客聶隱娘),” Hou's first attempt in the martial arts genre.

A total of 20 films were screened at the retrospective, which was attended by the likes of ROC Ambassador Agnes Chen (陳華玉), acclaimed German film director Thomas Arslan, and Dr. Rainer Rother, director of the Berlinale's Retrospective segment.

"Also Like Life: The Films of Hou Hsiao-hsien” is an international retrospective organized by Richard Suchenski, director of the Center for Moving Image Arts at Bard College, in collaboration with the Taipei Cultural Center, the Taiwan Film Institute, and the ROC Ministry of Culture. 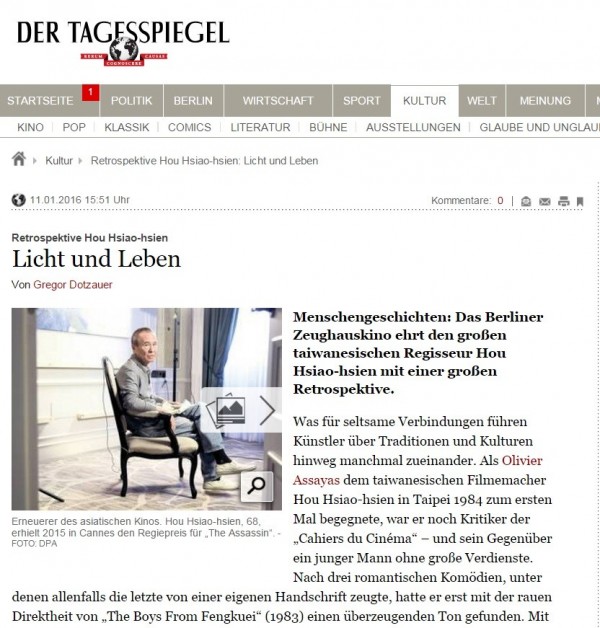