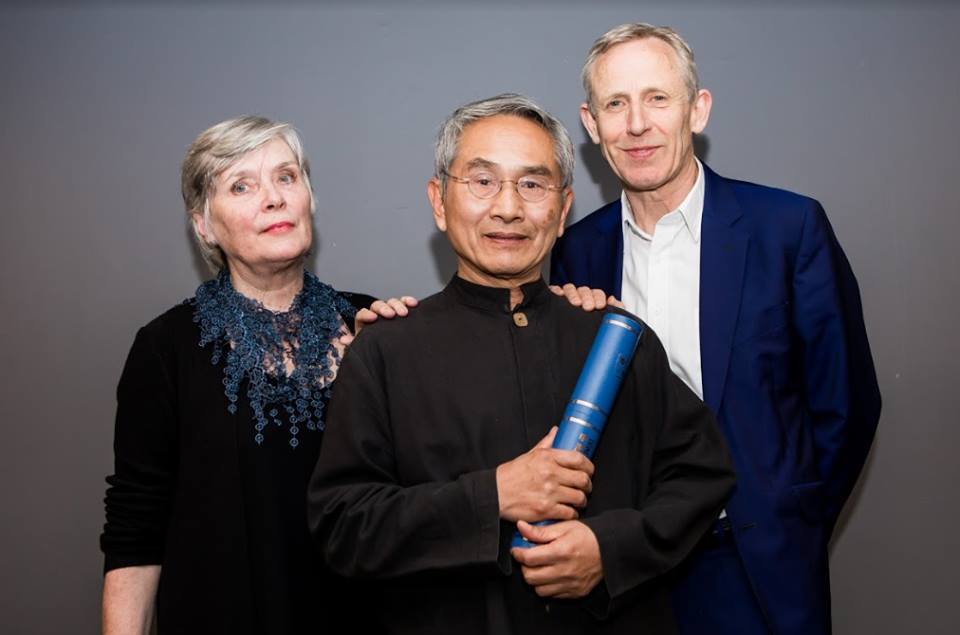 Cloud Gate patriarch Lin Hwai-min was named honorary fellow of Trinity Laban Conservatoire of Music and Dance in London after "Formosa," the dance troupe's latest production, made its UK debut on May 9.

"It is timely for Trinity Laban to honour Lin Hwai-min as one of the most outstanding and distinguished creative people of our time," stated Mirella Bartrip, Trinity Laban Director of Dance. "His commitment to the continuing development of dance as an art form in contemporary culture is exceptional."

"Lin Hwai-min, the award of Honorary Fellowship of Trinity Laban pays tribute to your remarkable life as an artist and educator," she added. "We salute you for your distinct choreographic language, which has brought together so many different influences to create what we know today as your unique movement aesthetic."

Lin, who started taking regular dance classes late at 23 years old, saw the fellowship as a tremendous encouragement. He noted that "I hope dancers in Taiwan would know that though Taiwan and London are far away in distance, the world of dance could be small and warm, as this honour demonstrates tonight."

The honorary fellowship of Trinity Laban recognizes those who have helped shape the world of performing arts and education. Previous recipients include Merce Cunningham, William Forsythe, and Akram Kahn.

Lin was in London for the UK premiere of "Formosa," a poetic love letter to the history and beauty of Taiwan made possible by the committed effort of several talented teams.

After the May 9 – 12 showcase at Sadler's Wells, Cloud Gate will wrap up their European tour with showings of "Rice" in France and Italy, and showings of "Formosa" in Germany, France, and Portugal.