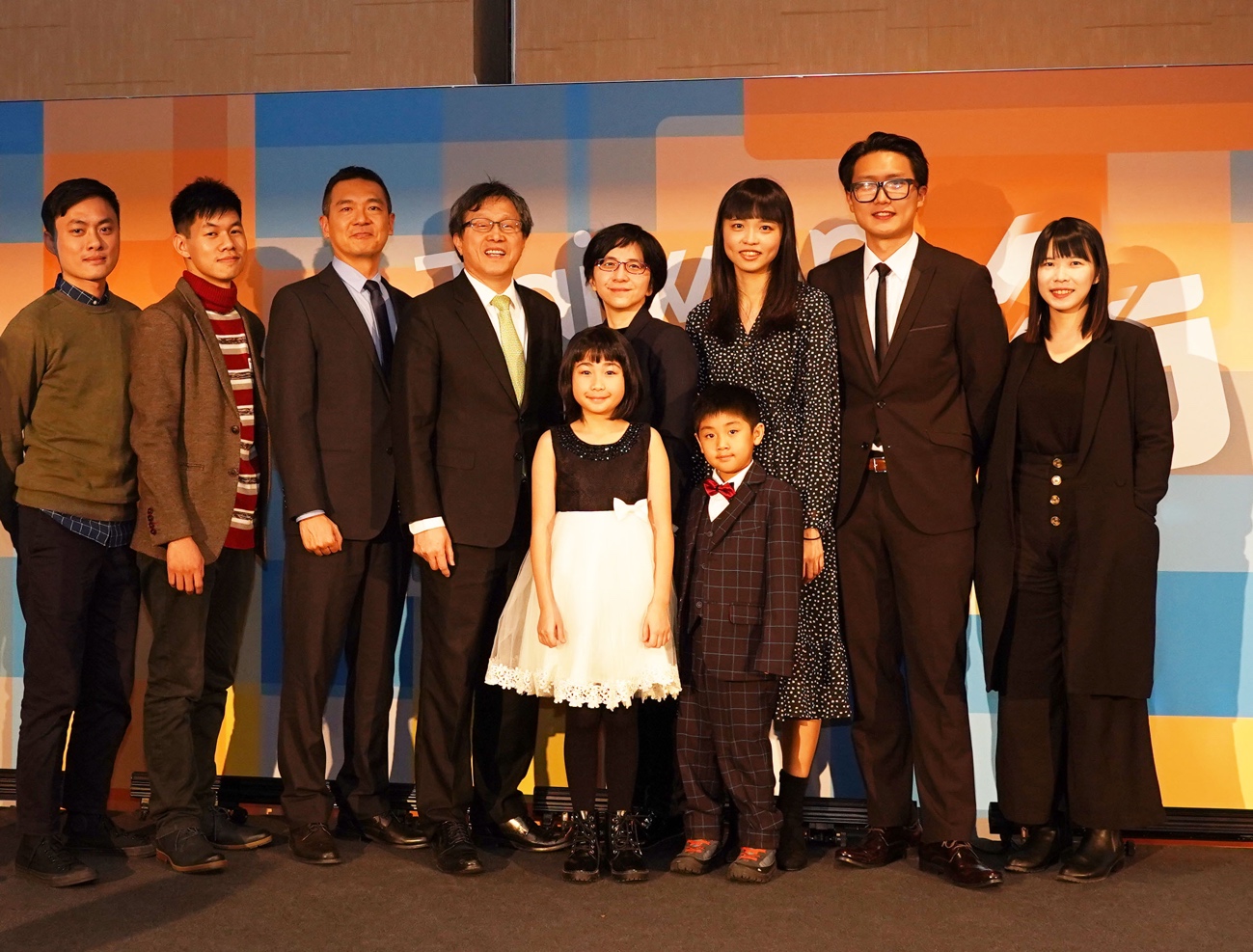 An evening reception was held at the 69th Berlin International Film Festival on Feb. 9 to honor the Taiwanese filmmakers participating this year, greet over 300 industry heavyweights from around the world, and advance the future development of Taiwanese cinema.

Director Lin I-ju (林誼如), whose debut short film "Tiptoe" held its world premiere at the Berlinale's Generation Kplus competition, explained that she was inspired to portray sister-brother dynamics from a female perspective as most Taiwanese films tend to focus on male siblings. The two young actors ― 8-year-old Hsieh En-tzu (謝恩慈) and 11-year-old Chiang Tang-ning (姜棠甯) ― were chosen from a pool of 500 candidates and both professed their delight at attending the Berlinale.

Taiwan's Hsieh Ming-jen (謝明仁), Lien Chien-hung (練建宏), and Hsu Wei-san (許瑋珊) were also selected for this year's Berlinale Talents. Lien, a playwright, noted that the fast-paced courses were incredibly effective for developing a more comprehensive script, while Hsu, a movie music and sound producer, thanked the organizers for the opportunity to network with more like-minded Taiwanese film professionals.

More information about Taiwan’s lineup for the 2019 Berlinale can be found here.