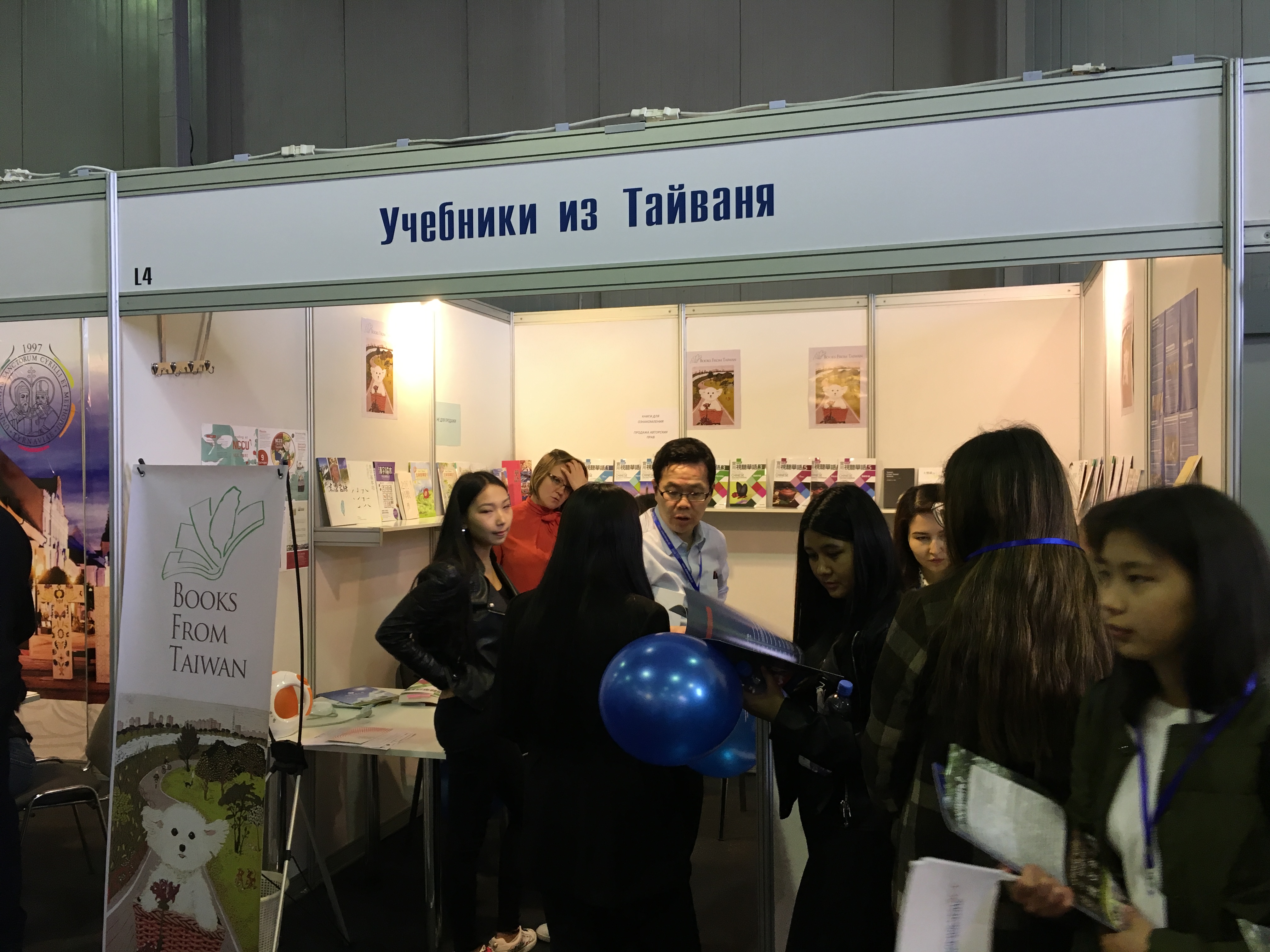 A Taiwan booth staffed by members of the Taipei Book Fair Foundation (台北書展基金會) and the Ministry of Culture's Moscow branch was met with great acclaim at the 20th Kazakhstan International Exhibition "Education & Career" that ran from April 4 to 6 in Almaty City.

Among the books offered at the Taiwan booth were the "Practical Audio-Visual Chinese (實用視聽華語)" series published by Cheng Chung Bookstore (正中書局) and the "Easy Chinese (學習華語)" series by Liu Chwan Cultural Ent. Co. Ltd. (流傳文化). Of particular interest to visitors was the difference between traditional and simplified Mandarin Chinese, in which many left the fair with a better understanding of the elegance and significance of traditional characters.

Nicholas Hsu (許德明), cultural director at the Representative Office in Moscow for the Taipei-Moscow Economic and Cultural Coordination Commission, explained that socioeconomic variables have led to a thriving population of Mandarin-language learners in Kazakhstan. Visitors were attracted by the booth's Russian-language sign "Textbooks from Taiwan" and delighted by the quality of Taiwanese publications, he added.

Marking the first time that a delegation representing Taiwan's publishing sector landed in Almaty, the Taiwan booth not only fielded questions from the Kazakh public but also outlined the competitive academic edge and stellar facilities that Taiwanese universities have to offer.

Almaty is the former capital of Kazakhstan and a major trading and cultural hub in Central Asia. The education fair it hosted this year was attended by more than 20,000 visitors over the course of three days.