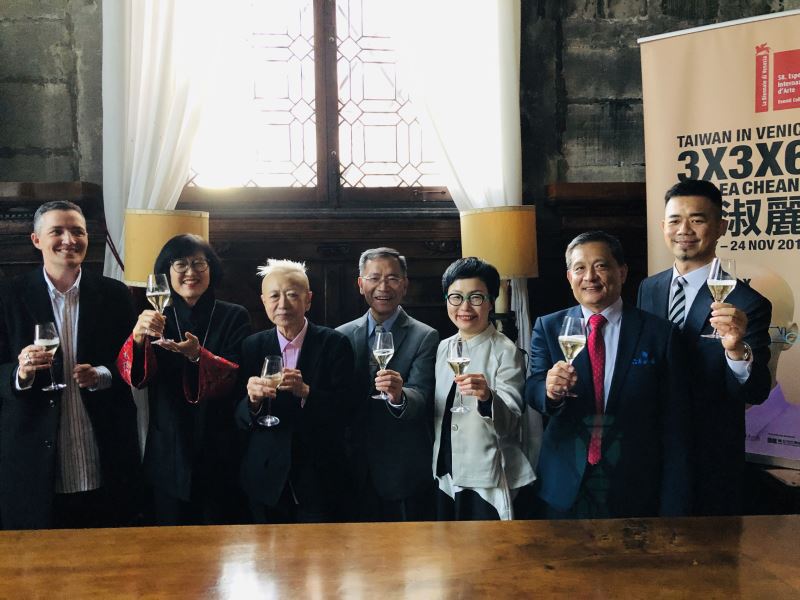 The Ministry of Culture has been a long-time patron of artists and art collectives representing Taiwan at the Venice Biennale. An opening ceremony was held on May 10 for the Taiwan Pavilion at the biennale's 58th International Art Exhibition, which was attended by the Deputy Minister of Culture Celest Ting and featured artist Shu Lea Cheang (鄭淑麗).

Praising the piercing and thought-provoking framework of Cheang's latest project "3x3x6," Deputy Minister Ting stated that the Ministry has signed an extended rental arrangement with the pavilion's host venue, the Palazzo delle Prigioni that once served as a prison in the 16th century, to utilize its geographical advantages and promote the artistic prowess and democratic values of Taiwan.

The Taiwan Pavilion at the Venice Biennale is alternatively organized by the National Taiwan Museum of Fine Arts (NTMoFA) and the Taipei Fine Arts Museum (TFAM), with TFAM taking the helm this year. Taking inspiration from the venue's past history as a prison, "3x3x6" is presenting ten case studies on imprisonment due to gender, sexual, or racial nonconformity.

The interactive, multidimensional installation is also accompanied by live performances and sci-fi film screenings to draw attention to issues, such as ever-pervasive surveillance by the state, that are often intentionally neglected or unacknowledged by the public. The Deputy Minister explained that through the penetrating gaze of artists such as Cheang, art brings forth change through dialogue and reflection.

Deputy Minister Ting concluded her opening remarks by thanking Cheang, curator Paul B. Preciado, technical director Escher Tsai (蔡宏賢) and his team, and TFAM for their successful implementation of this year's Taiwan Pavilion. "3x3x6" is on view at the Palazzo delle Prigioni (Castello 4209, San Marco, Venice, Italy) through Nov. 24. Log onto http://3x3x6.com/ to participate as a virtual visitor.