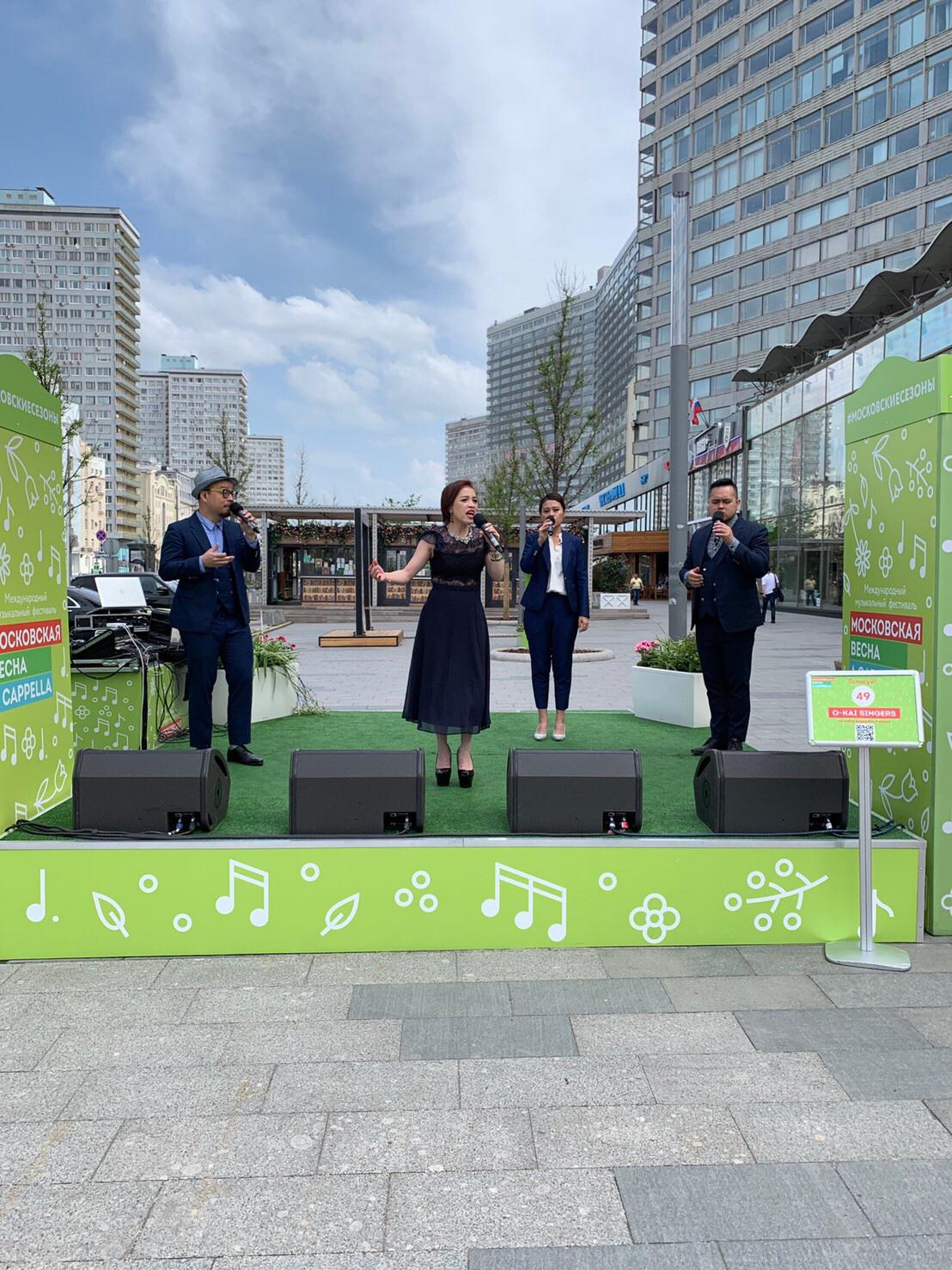 Taiwanese vocal group O-Kai Singers (歐開合唱團) captured third place in the 2019 Moscow Spring A Cappella Festival's small vocal group category, defined as those comprising two to four members. The announcement was made at the festival's awards ceremony on May 11 to thunderous applause from over 2,000 audience members.

This marks the first year of participation in the international Russian contest for the indigenous a cappella group that was founded in Taiwan in 2004. Lai Jia-ching (賴家慶), the group's artistic director, explained that apart from review by a professional jury panel, nominees were also scored on their popularity among Russian audiences by means of a public online voting system.

After deliberation by the panel and tallying of popular votes, O-Kai Singers came in third out of 31 a cappella groups in the small group competition, receiving 600,000 rubes (NT$300,000) for their stellar performance.

A total of 195 vocal groups representing 26 countries competed in the 2019 Moscow Spring A Cappella Festival by performing across 51 public parks and outdoor plazas from May 1 through 12. Three additional groups from Taiwan also participated in the festival's mid-sized category for bands comprising five to eight members — Sirens Vocal Band (藍色警報), Voco Novo (爵諾歌手), and Resonance (留聲樂團) — bringing about a dozen performances each to the delight of the Russian public.