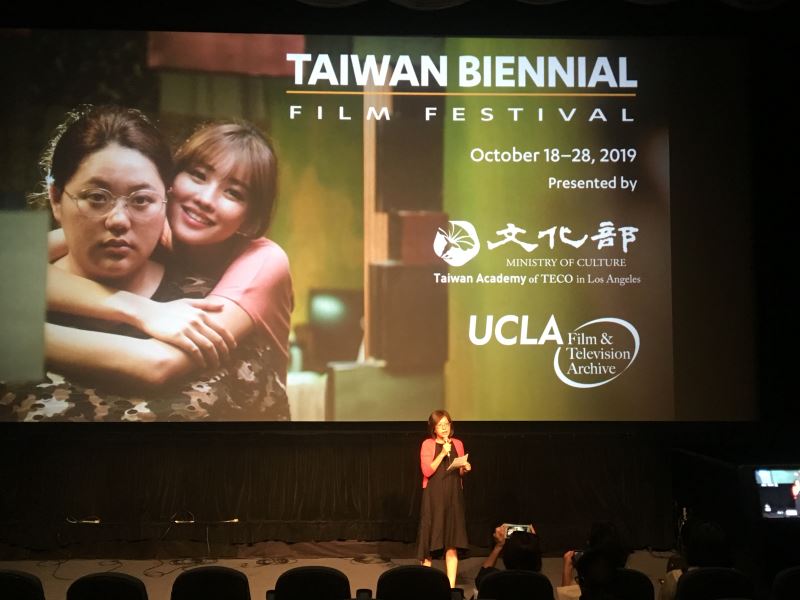 The Taiwan Academy in Los Angeles and the UCLA Film & Television Archive presented a timely survey of recent and classic Taiwanese films at the Hammer Museum's Billy Wilder Theater from Oct. 18 through 28 under the aegis of "Taiwan Biennial Film Festival 2019."

Inaugurated in 2017, the biennial festival not only expanded its film selection to encompass half a century of Taiwan cinema this year, but also broadened its scope of access by holding extra screenings and talks at the James Bridges Theatre on the UCLA campus and independent cinemas in downtown Los Angeles.

From fictional narratives and documentaries, to blockbuster hits, art house gems, and short and experimental works, the second edition of the Taiwan Biennial Film Festival arrived at a time of significant cultural change for the nation.

In May of this year, Taiwan became the first country in Asia to legalize same-sex marriage. At the same time, the Taiwanese film industry is increasingly determined to chart its own course in the region as a rapidly emerging center of production for both its booming domestic market and for Mandarin-language film audiences abroad.

This year's biennial reviewed how Taiwan's filmmakers are responding to and representing these contemporary developments. Diversity and gender equity on screen and behind the camera have emerged as energizing themes, along with continuing engagement with questions on political, cultural, and personal identity.

The full list of movies and events is available at: https://www.cinema.ucla.edu/events/2019/taiwan-biennial-film-festival