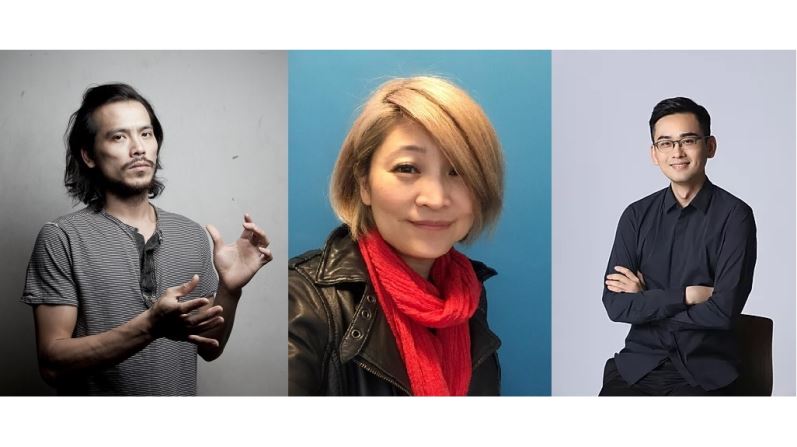 Created and curated by Hentschker, "Segal Talks" focuses on life and art at a time when the coronavirus has effectively frozen global and regional mobility. Theater practitioners, curators, and creators worldwide have participated since the talk began in March 2020.

Currently the chairperson of the Performing Arts Network Development Association (PANDA, 表演藝術網絡發展協會), Hong is an arts professional involved in the fields of contemporary theater, dance, and children's theater. She spoke about Taiwan government’s quick response to the pandemic, achieving impressive results in its control and prevention efforts.

The Taiwanese theater professional also talked about the Ministry of Culture's relief and revitalization measures for the cultural and arts sectors. Apart from the ongoing relief measures, the Ministry continues to encourage experimental and training programs, she said, adding that the forced halt of performances would give the art community a chance to contemplate on what's next and explore the development of digital content to reach a wider audience.

Speaking of his self-imposed isolation after his performance in Australia in mid-March, Chou said while the 14-day quarantine he underwent reinforced his eagerness for human interaction, it also allowed him to reflect upon his works. Given some of his originally scheduled performances have been postponed, Chou said he is now weighing how to mitigate the financial fallout from the pandemic while keeping his team away from the health and safety risks of COVID-19.

During the live online conversation, the award-winning artist mentioned the efforts of European and American theaters to provide free online broadcast of performances shot with high-quality video equipment during the pandemic and this embracement of technology should be considered and extended in Taiwan as well.

Having just returned home from a performance, Chen, the artistic director and co-founder of Horse Dance Theatre (驫舞劇場), said although current performances have been reduced to smaller audiences or postponed, he can still feel how appreciative the audience is. The professional dance artist said he continues to create and rehearse at home and encourage other artists to do the same.

With the assistance of remote technology, Chen said he will be showcasing his first online solo show in late April. "For the first time in a thousand years, humans [worldwide] are connected … through this virus … [because] we are all sharing the same experience," he said.

Hentschker applauded Taiwan government's achievements in the control of the epidemic and quick response to the needs of the art community, and he was especially encouraged by the news and situation in Taiwan and how the art communities can learn from Taiwan. "Taiwan is one of the greatest nations where culture also is and always has been the center," he said. Compared with other countries, Hentschker noted, Taiwan theater artists still have the ability and resources to perform and create.