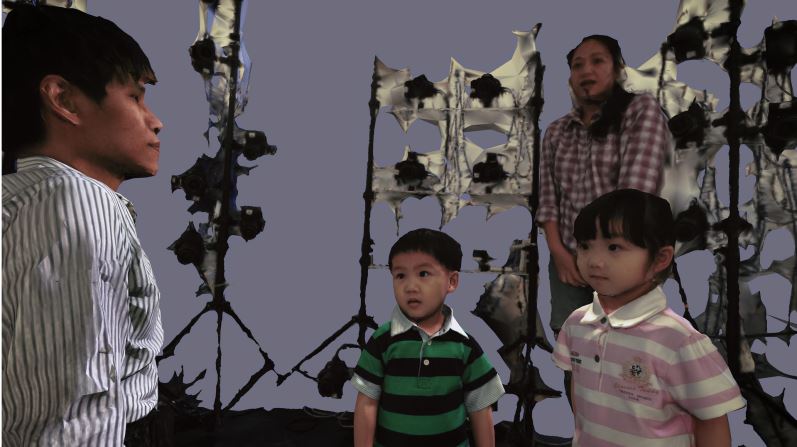 The 22-minute film features Chang Chung-i (張忠義), a once-conjoined twin, whose separation surgery was broadcast live on television in 1979 when Taiwan was under martial law. "In this way, this surgery was often interpreted as a metaphor for the relationship between Taiwan and China," Hsu says on his website.

In making the video, according an introduction on the festival's website, Hsu blends real and fictive iterations, digitally scans Chang Chung-i's body to recreate moments from the lone surviving twin's life, and revisits his small role in a 1997 film.

Born in 1985, Hsu's artworks, which encompass animations, videos and installations with constant theme that explores the relationship between media and memories, have been shown at Rencontres Internationales, International Film Festival Rotterdam, Bangkok Biennial, and Shanghai Biennale.

The short film will be screened under the festival's "Currents" section, which "takes a bigger-tent approach to encompass different forms of experimentation and innovation, and it represents our belief that the most vital work in any art form is often to be found among its most daring risk-takers," said Dennis Lim, NYFF Director of Programming.

The new Currents section includes 14 features and 45 short films that represent 28 countries, presenting a diverse offering of short and feature-length works by filmmakers and artists working at the vanguard of the medium, the NYFF introduces.

Since its establishment in 1963, the New York Film Festival highlights the best in world cinema and introduces audiences to bold and remarkable works from celebrated filmmakers as well as fresh new talents.