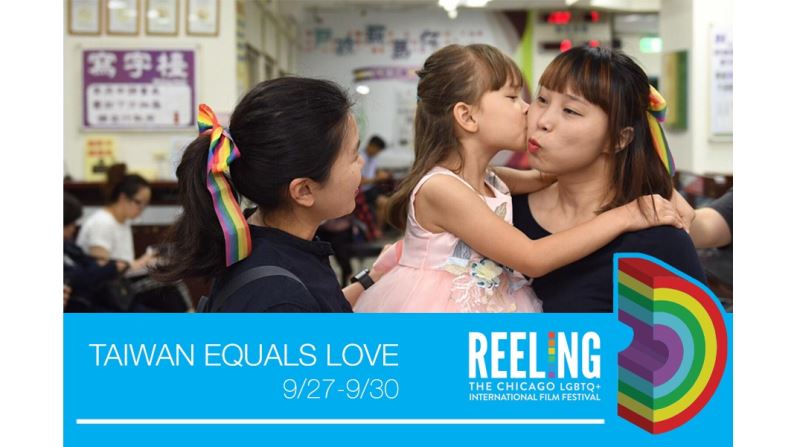 Taiwan's first documentary on same-sex marriage "Taiwan Equals Love (同愛一家)" was selected to be screened at Reeling: The Chicago LGBTQ+ International Film Festival, the second longest-running film festival of its kind, from Sept. 27 to 30, 2020 on Reeling's online platform.

Wang Tien-ming and Ho Hsiang, a couple with long-lasting relationship of three decades, are coping with elderliness and illness. Jovi and Mindy, meanwhile, have devoted their time advocating same-sex marriage, defending the rights of Jovi's daughter.

A Gu moved from Macau to live with Hsin Chi in Taiwan, but the two are troubled with financial difficulties and anxieties that their parents would not approve of their relationship.

In addition to highlighting how lack of legal recognition impacts the three couples' relationships, the film seeks to address the overarching issue whether prejudices at large will ever change after the battle for marriage equality is won, according to an introduction by the festival.

Founded in 1982 by nonprofit organization Chicago Filmmakers, Reeling: The Chicago LGBTQ+ International Film Festival presents a range of genres that demonstrate the rich diversity of works being produced. It has attracted LGBTQ+ people from throughout the Midwest in the U.S. who consider the festival to be the highlight of their cinematic year.

This year, the festival showcased 30 features, 54 shorts across eight shorts programs from 21 countries from Sept. 24 to Oct. 4 on its streaming platform. Visit here for more information.