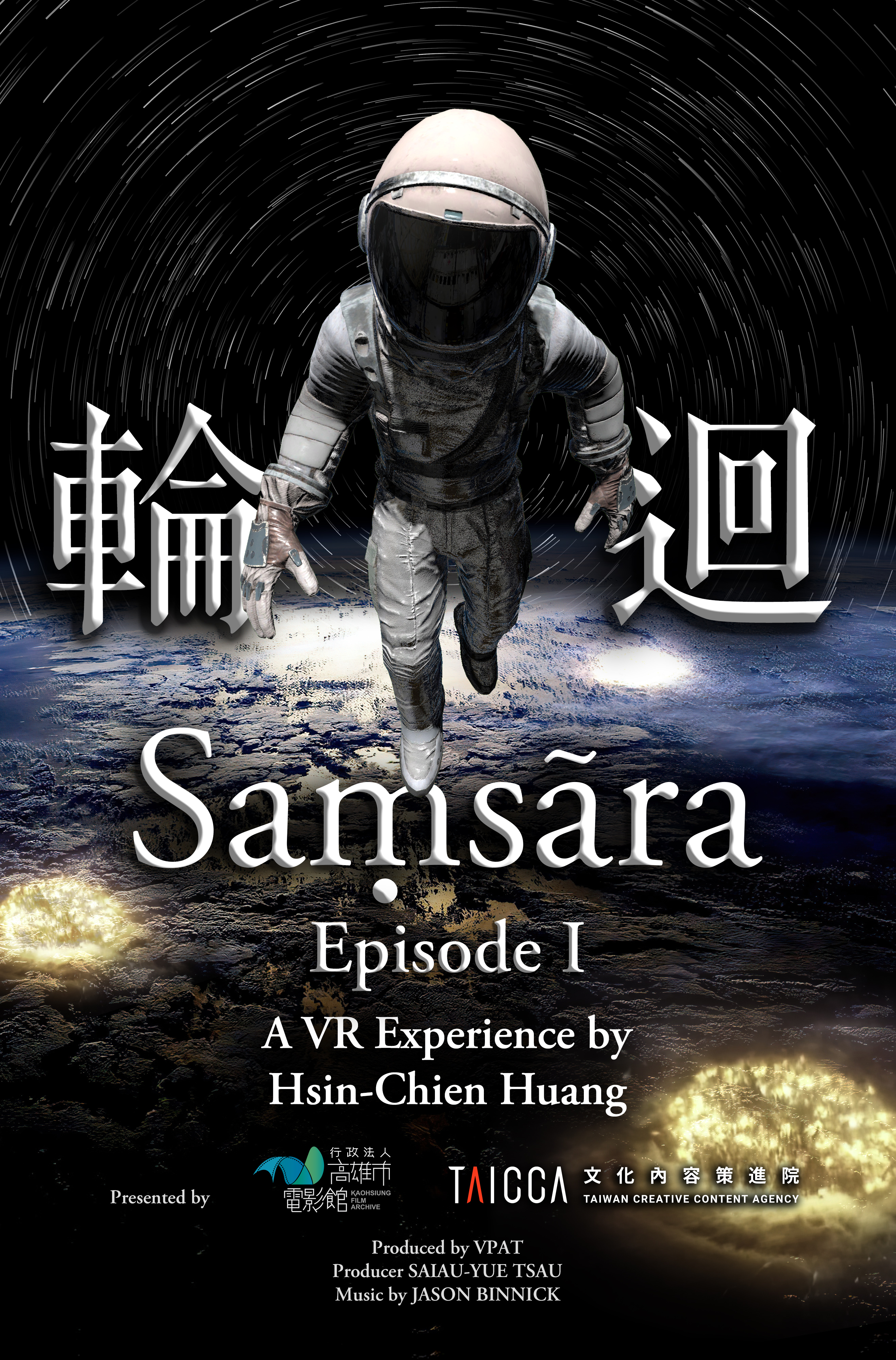 According to the Taiwan Creative Content Agency (TAICCA), SXSW in the United States is the world's largest innovative creative content exhibition. The virtual film festival was held from March 16 to March 20.

The competition category for "Virtual Reality" at this year's SXSW Film Festival brought together the world's most innovative VR works, and its panel of judges for the VR category was also comparable to the lineups of the Venice Film Festival, Cannes Film Festival, and Berlin International Film Festival.

Founded in 1987 in Austin, Texas, SXSW is known for its conference and festivals that brings together the interactive, film, and music industries. Due to COVID-19 pandemic, this year's SXSW was changed to an online virtual exhibition.

Huang's short film "Samsara Ep.1" was selected out of a total of nine works submitted from the United States, Canada, Britain, France, Germany and Australia, making it the first work from Taiwan winning this award.

In an Facebook post, Huang thanked TAICCA, the Kaohsiung Film Archive (高雄市電影館) and the film crew for their full support, which not only ensured the smooth completion of "Samsara," but also helped bring Taiwan's VR work to the world stage.

Huang pointed out that "Samsara" follows the fictional centuries-long journey of people through space in the aftermath of earth's total destruction. As the living environment on earth was totally destroyed, human beings had to find a new planet to settle, and, at the same time, they needed to redesign human DNA to adapt to new environment and eventually artificially evolved into new life forms. Over time, they realized that they could never find the planet of their dreams, so they ended up returning as a different life form to the planet they left devastated centuries ago, resembling an endless cycle of "reincarnation," hence the film's name.

Huang indicated that the film addresses multiple issues such as ecology, technology, the allocation of resources, and war.

"Samsara" makes extensive use of the creative concept of "Embodied Cognition," enabling audience to view from the perspective of different life forms, including native Taiwanese species such as the Formosan black bear and the Taiwan blue magpie, as they interact with their surroundings, Huang added.

The "4D Views" studio provided by TAICCA and the Industrial Technology Research Institute was applied to produce the film, and with the technology, the film provides an immersive experience, Huang noted.

Huang revealed that the full version of "Samsara" will be shown at multiple global film festivals in the second half of this year, and it will soon have its Asian premiere in Taiwan.