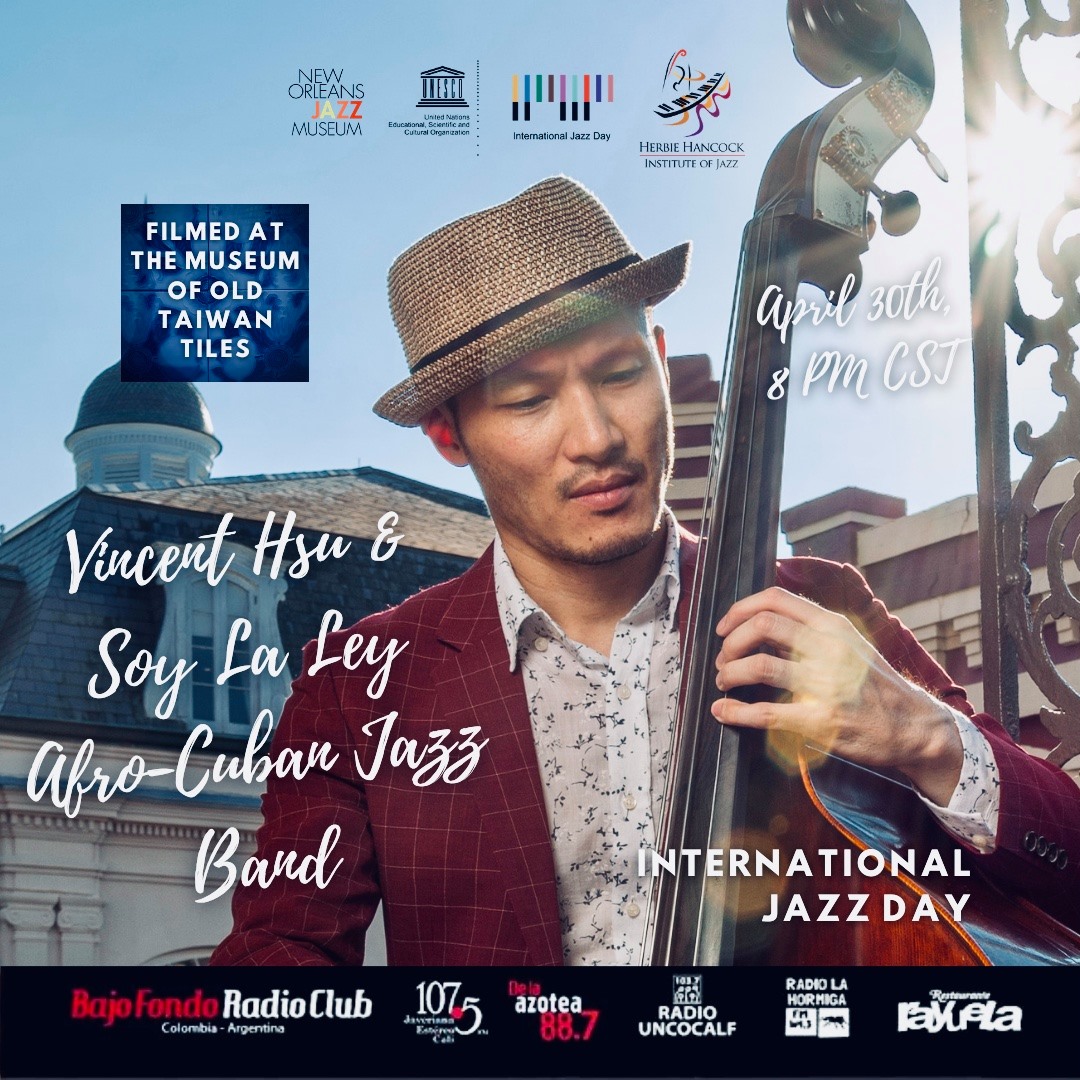 The performance was the premiere for Vincent Hsu's composition "African Princess," which was inspired by Duke Ellington’s piece "La Plus Belle Africaine" composed for the World Festival of Negro Arts in Africa in 1966.

Vincent Hsu’s latest album "In Our Blood," which aims at conveying his passion towards Afro-Cuban music and its tradition through musicians and stories from Taiwan, won Best Jazz Single with Vincent’s composition "Dreamer’s Blues" at the 2018 Golden Indie Music Awards. He was awarded a Silver Medal for Outstanding Achievement at the 2019 Global Music Awards.

Vincent has performed at various jazz venues across New York in addition to being one of the founders of the traditional Cuban band – Sarah Y Su Cachito – which regularly performs authentic Cuban and Latin jazz in New York since 2006.

International Jazz Day is the largest celebration of jazz in the world for its role in fostering peace, intercultural dialogue and international collaboration. Legendary jazz pianist Herbie Hancock, whom the New Orleans Jazz Museum appointed as an Honorary Improvisations Gala Co-Chair in 2019, co-led the celebration. The New Orleans Jazz Museum held a day-long virtual event on April 30, featuring international performers from Argentina, Japan, Taiwan, and France.