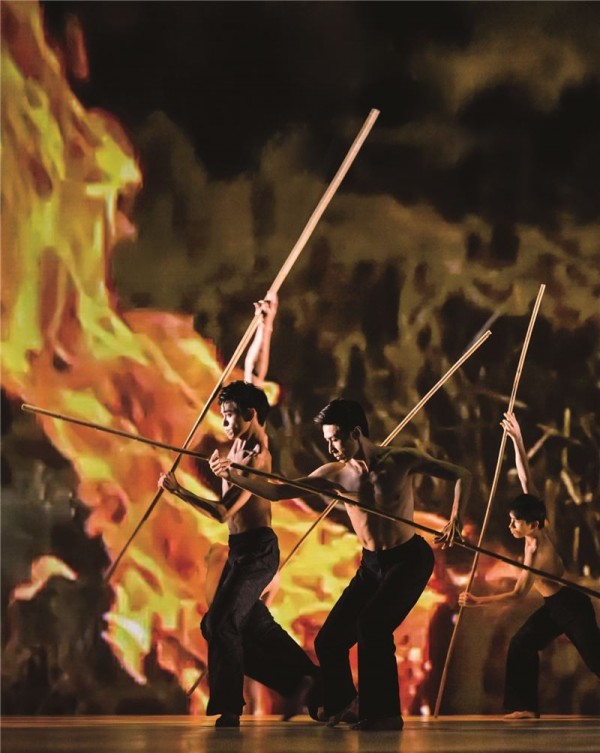 "Rice,” the human drama of environmental devastation and resurrection told through the life cycle of the humble crop plant, unfolded across the U.S. as Taiwan's Cloud Gate Dance Theatre toured California, Texas, and Washington, D.C. from Jan. 22 through Feb. 13.

"Rice” was created in celebration of Cloud Gate's 40th anniversary in 2013. Choreographed by founder Lin Hwai-min (林懷民), the piece takes inspiration from Chihshang (池上), a rural township famous for rice production in eastern Taiwan. Lin asked his dancers to participate in the rice harvest and brought the experience on stage.

Combining Qi Gong, Tai Chi, and contemporary dance, the production opens with dancers weaving against a projected video footage of rice fields. Through the dynamic movement of its dancers, "Rice” presents the full scope of humanity, nature, and rebirth. It is Lin's tribute to the universal cycle of life and death.

Select reviews of Cloud Gate's 2016 US tour are provided below: