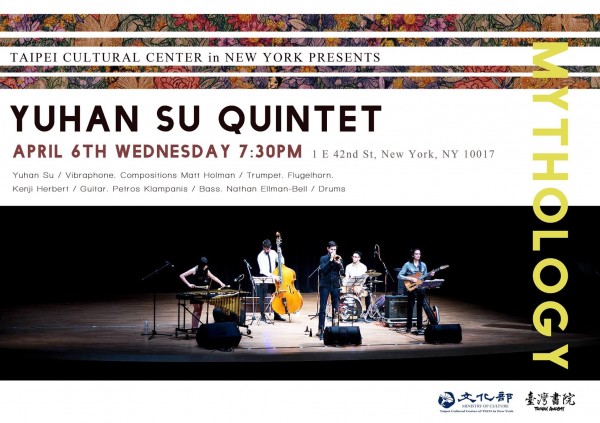 Su, a Taiwanese native of Hakka ancestry, is a marimbaist and composer known for her lyrical take on jazz music. She was a member of the Ju Percussion Group II from 2001 and 2003 before relocating to Boston to attend the Berklee College of Music in 2008.

Their debut album, "Fly Alone,” was one of the biggest winners of the 2013 Golden Indie Music Awards, nabbing accolades for Best Jazz Album and Best New Performer. Their second release, "A Room of One's Own,” cemented the quartet's status as one of the prominent voices of new generation jazz.

More information on the rising quartet can be found here.