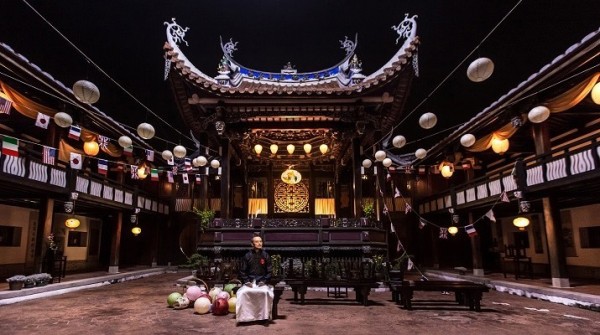 The Spring 2016 Taiwan Film Series organized by the Taipei Cultural Center in New York offered three documentary films on the history of modern Taiwan: "Attabu (阿罩霧風雲)” on April 28; "Attabu II (阿罩霧風雲II-落子)” on May 26; and "Wansei Back Home (灣生回家)” on June 23.

The two-part "Attabu” documentary follows the Wufeng Lin Family (霧峰林家), a prominent clan based in the Taichung region. It was made by director Khan Lee (李岡) after eight years of research and production.

"Attabu (阿罩霧)” is the indigenous phrase used by the Taiwanese Plains Aborigines to describe what became the Wufeng area of central Taiwan. Therefore, the Attabu Lin Family is another name for the Wufeng Lin Family, one of the five most powerful clans in Taiwan.

The Lins first fled from mainland China to escape military oppression from Qing Emperor Qianlong. Lee's docudrama portrays how the two-century-long history of the Lin clan is irrevocably intertwined with the extraordinary events that shaped modern Taiwan.

Another unique immigration story is depicted in "Wansei Back Home,” the third film in the 2016 spring screenings in New York. "Wansei (灣生)” refers to Japanese people who were born in Taiwan between 1895 and 1946, including those of mixed Taiwanese-Japanese heritage.

Film producer Mincora Tanaka (田中實加), whose Chinese name is Chen Hsuan-ju (陳宣儒), is a descendant of a Wansei of mixed Taiwanese-Japanese heritage. Her documentary brought attention to the plight of the Wansei, who were forced to leave their hometown, Taiwan, following Japan's loss in World War II.