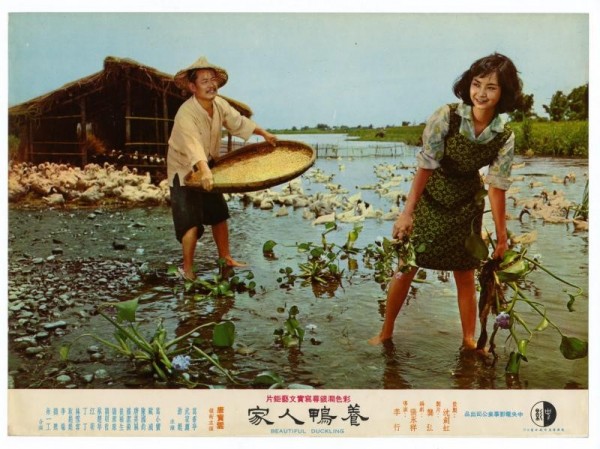 A classic film from the golden era of Taiwan cinema and its renowned screenwriter, Chang Yung-hsiang (張永祥), joined the University of California, Santa Barbara for a special screening and forum on May 4, 2016.

Chang, 87, wrote the screenplay for over 100 feature films and television miniseries before his retirement, and is credited with bringing Chinese-language cinema and tv classics such as "Home Sweet Home (家在台北),” "Execution in Autumn (秋決),” and "Bao Qingtian (包青天)” to the screen.

Chang first rose to fame in 1965 with "Beautiful Duckling (養鴨人家),” which follows a father-daughter pair and how their idyllic life on a duck farm is derailed by the persistent reappearance of a stranger.

Chang's screenplay was directed by noted filmmaker Li Hsing (李行) and the 1965 film went on to win best picture, best director, and best cinematography at the 3rd Golden Horse Awards.

Touted by award-winning director Tsai Ming-liang (蔡明亮) as the first time "I ever cried in a movie theater,” "Beautiful Ducking” and its playwright made their UCSB debut on May 4 at the Pollock Theater.

The screening was preceded by a forum titled "50 Years of Taiwan Cinema: A Panel Discussion,” featuring UCSB East Asia Center Director Michael Berry and representatives from the Taipei Film Archive.