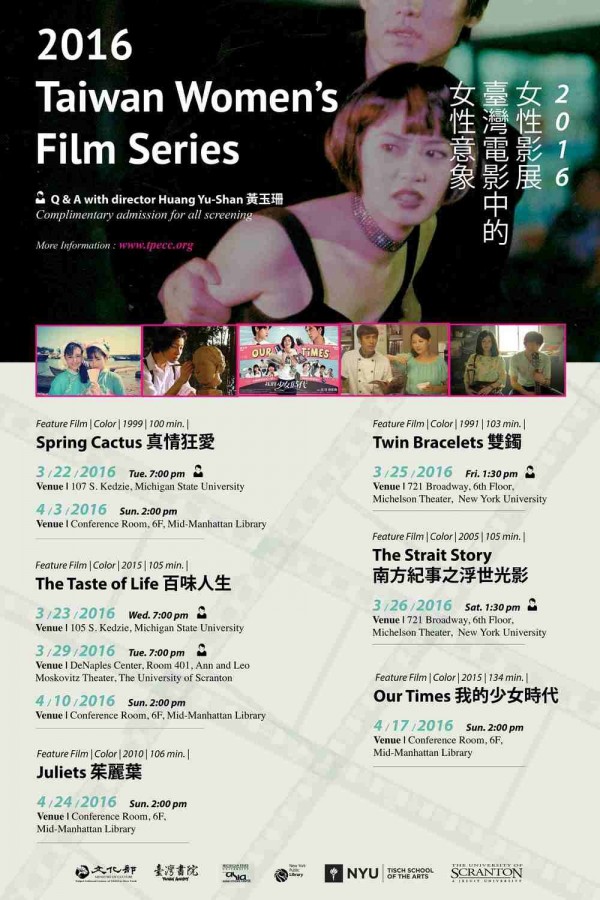 A film festival celebrating the accomplishments and struggles of women in Taiwan took place across New York City from March 25 through April 24.

New York University hosted the screenings for "Twin Bracelets (雙鐲),” winner of the 1992 San Francisco Gay and Lesbian Film Festival Award for Best Feature, and "The Strait Story (南方紀事之浮世光影),” a feature film about a female art restorer who uncovers the truth about a mysterious death at sea.

The University of Scranton held a special screening of "Taste of Life (百味人生),” which details a restaurateur's personal trials as she juggles a cheating husband and work-life balance while making the transition to full-fledged restaurant operator. The film is based on the life of entrepreneur Luo You-ju (羅友竹), who currently manages the Crescent Phoenix Hospitality Group (新月餐飲集團).

The Mid-Manhattan Library also screened "Taste of Life” alongside "Spring Cactus (真情狂愛),” a tale of prostitution, drugs, and redemption; "Our Times (我的少女時代),” a nostalgic high school piece set to romance and rude awakenings; and "Juliets (茱麗葉),” a troika featuring three eponymous characters faced with the same decision - to live or to die? 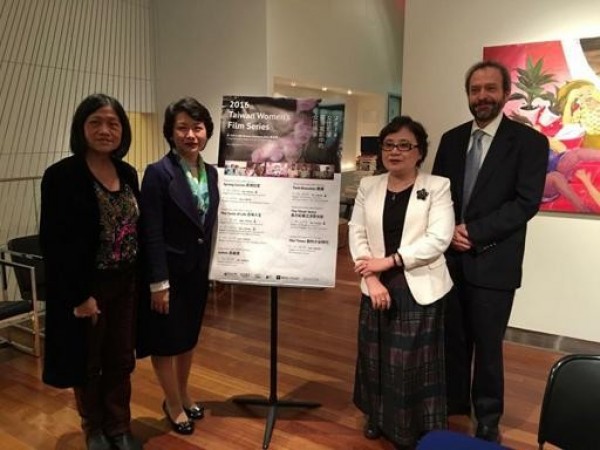