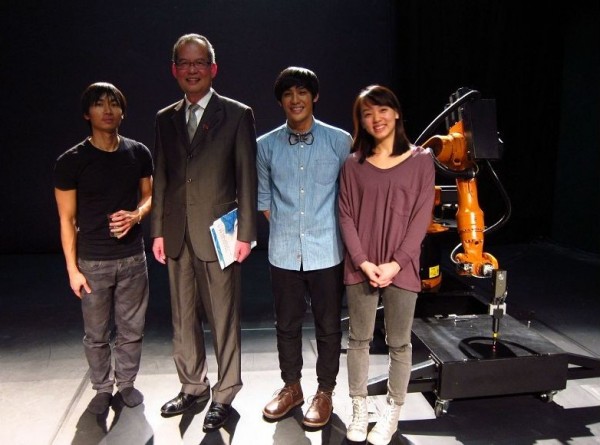 "In the way that Wall-E represented both nostalgia and hope, KUKA, the industrial robot at the center of this work, seems to embody innocence and isolation. Mr. Huang, who created the sleek choreography as well as the computer program that gives KUKA life, manages to depict a relationship that is both moving and chilling. The wonder is how much of ourselves we project onto metal.”

The only partner he really trusts

"Huang blends dance, dynamic visuals, technology and machines into Huang Yi & KUKA, a work that reveals humanity through new concepts and technologies, exploring the grey area between humans and robots … As the dance progresses, Huang and KUKA slip in and out of sync, mirroring the mutable relationship between man and machine.”

"In the past few years, we've witnessed a fair share of dexterous robots and diva drones. Nevertheless, Huang's performance differentiates itself with a good old-fashioned pull on the heartstrings. Known as KUKA, his robot isn't just a coworker— he's Huang childhood dream, realized with the help of German industrial engineering, and programmed by the artist himself.”

"Huang Yi is a well-oiled, occasionally explosive dancer in a style reminiscent of Merce Cunningham. He's also a dynamic, decisive choreographer, to judge by his robot's performance in the final pas de deux, which it conducts with the passion of a Valery Gergiev, using the red laser as a baton.”

A man and his robot

"This set of dance pieces featuring Huang Yi, two other human dancers, and a startling expressive industrial robot from the Taiwanese company KUKA is something utterly new and original … a memorable moment that challenges us to recognize not the god but the human in the machine.”

"With its originality and mechanically precise movements … ["Huang Yi & KUKA”] should intrigue both the arts-minded and the engineering-minded.”

"In this graceful blend of modern dance, visual art and automation technology, Huang plays Geppetto to a German-made KUKA industrial robot — endowing it with lifelike expressive abilities and asking his audience to consider the implications of collaboration between humans and robots.”

Not only is Huang Yi a superbly talented young dancer who is an expert at expressing complex social concepts with his body, but he is also a self-taught computer programmer who is able to use his skills to perform with a robotic arm in a virtual space. The unique performance develops a dialogue between human and robot and gives audiences a rare chance to explore philosophical questions of loneliness and the depth of the soul.”

"It's hard to resist a dancing robot … When all the parts are clicking and ticking, the performance combines a kind of technophilic existentialism with the delight of watching something simultaneously otherworldly and obviously man-made whirring to life.”

The tricky business of dancing with a robot 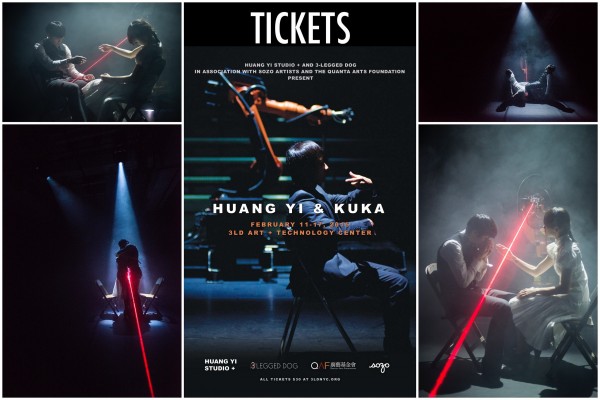