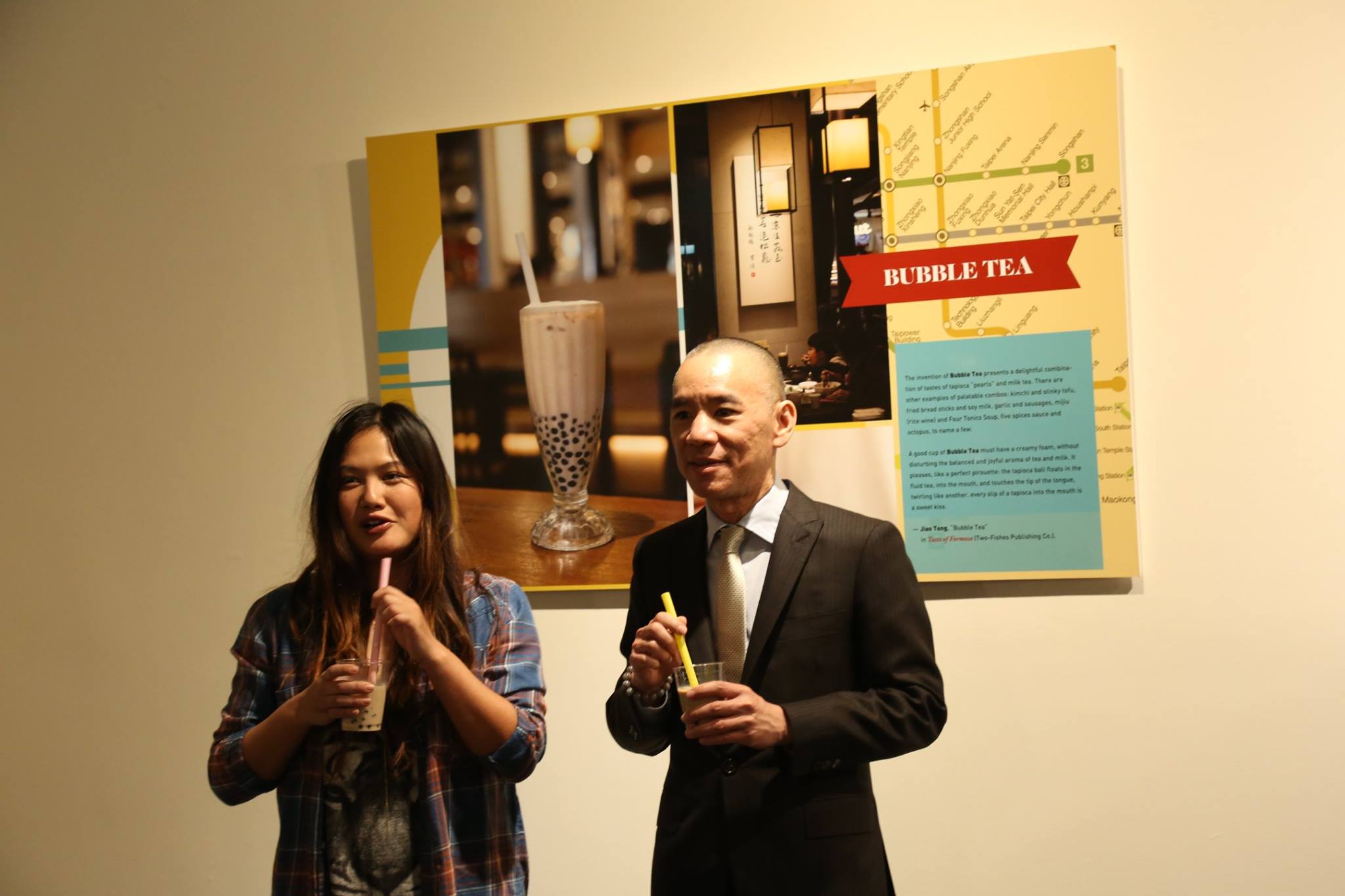 The "Taste Taiwan — Taiwanese Delicacies x Food Literature" special exhibition debuted at the Taiwan Academy in Los Angeles on the eve of March 9, creating quite a stir with its mixture of cuisine and culture.

Each of the six items is redolent with Taiwanese memories of home. Popiah, for instance, originated as a meal eaten during the Qingming Festival, and is a symbol of familial unity and harmony, whereas braised pork rice is a frequent feature at bustling traditional markets and represents the gentle and easy-going nature of the Taiwanese people.

Meanwhile, popped rice's characteristic popping sound is a common childhood memory, and bubble tea brings together the otherwise unrelated elements of tea and tapioca in the same way Taiwan has brought together a variety of cultures. Through the works of food writers, the true value of Taiwanese folk cuisine shines through.

The first speaker, Anna Lee, drew on her past experience to show how a food stylist is like a makeup artist for food, who helps it look its mouthwatering best no matter how long the photo shoot may go on.

Movie scripts are another form of literature, and Dr. Robert Chi spoke of how he feels a successful food stylist can help reinforce an excellent script by creating a compelling atmosphere.

He asked Lee how she is able to find the right food in a short time to convey what a particular scene demands, to which she responded by talking about the Steven Spielberg produced television series "Extant," for which she was tasked with coming up with alien food.

To achieve this, she began with the liangyuan ("small tapioca balls") she recalled from her childhood in Taiwan, branching out from there to create an odd extraterrestrial item.

The roots that Pi chows down on in "The Life of Pi," meanwhile, were actually created from yams sprinkled with ground seaweed. Throughout her career designing food for the screen, Lee has found her memories of home a valuable source of inspiration.

In addition to featuring photos and English translations of works by food writers like Jiao Tong, Lucille Han, and Han Liangyi, realistic models of food were also on show in a combined showcase that was enough to get guests rumbling.

To many overseas visitors, Taiwan is a veritable culinary paradise, while to the Taiwanese people, their cuisine is both a valued cultural asset and a creative inspiration.