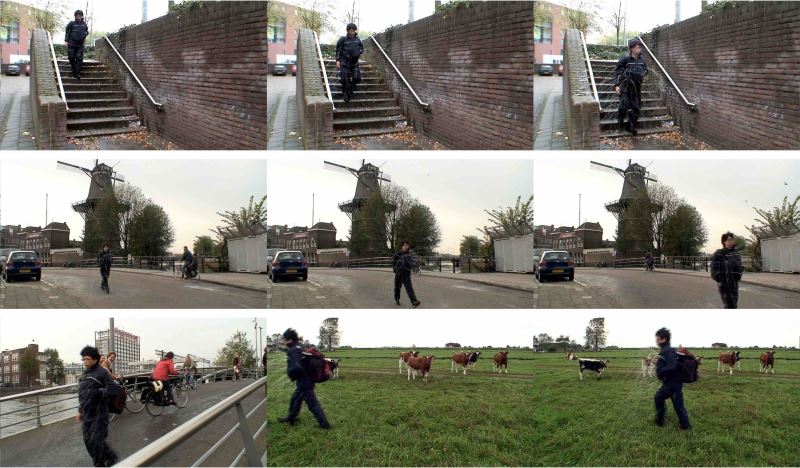 Chi-Wen Gallery (其玟畫廊) marked its fourth year as the only gallery from Taiwan at Frieze-New York with a multi-national lineup and group show pondering over present-day environmental issues.

From May 3 through 6, the Taipei-based gallery showcased artists such as Yuan Goang-ming (袁廣鳴), Tsui Kuang-yu (崔廣宇), and Jawshing Arthur Liou (劉肇興) from Taiwan, Takashi Arai and Atsunobu Katagiri of Japan, and Belgium's Heidi Voet at Booth D2 of Frieze-New York 2018.

Yuan showcased "Landscape of Energy," in which ecological disaster looms in the form of a nuclear power plant sitting beside a crowded tourist beach, whereas Tsui engineered new suits that aim to help humankind adapt to an environment changed by rising sea levels.

Liou, Arai, and Katagiri used their art – specifically video, daguerreotype, and flower arrangement – to record the aftermath of the 2011 tsunami and subsequent Fukushima nuclear incident in Japan. Katagiri placed a special emphasis on how nature is reviving itself as humans struggle to do the same.

Voet chose to work with plastic bags, "a vessel for an ever-changing content" highlighting the immediacy and fleeting nature of everyday commodities. Her environmental angle is clear – plastic bags do not respect borders and divisions, bringing instead displaced ecological issues that complicate a globalized world.

Frieze-New York 2018 brought together more than 190 galleries from 30 countries, showcasing the world's most significant artists and hosting a series of talks at Randall's Island Park over five days.