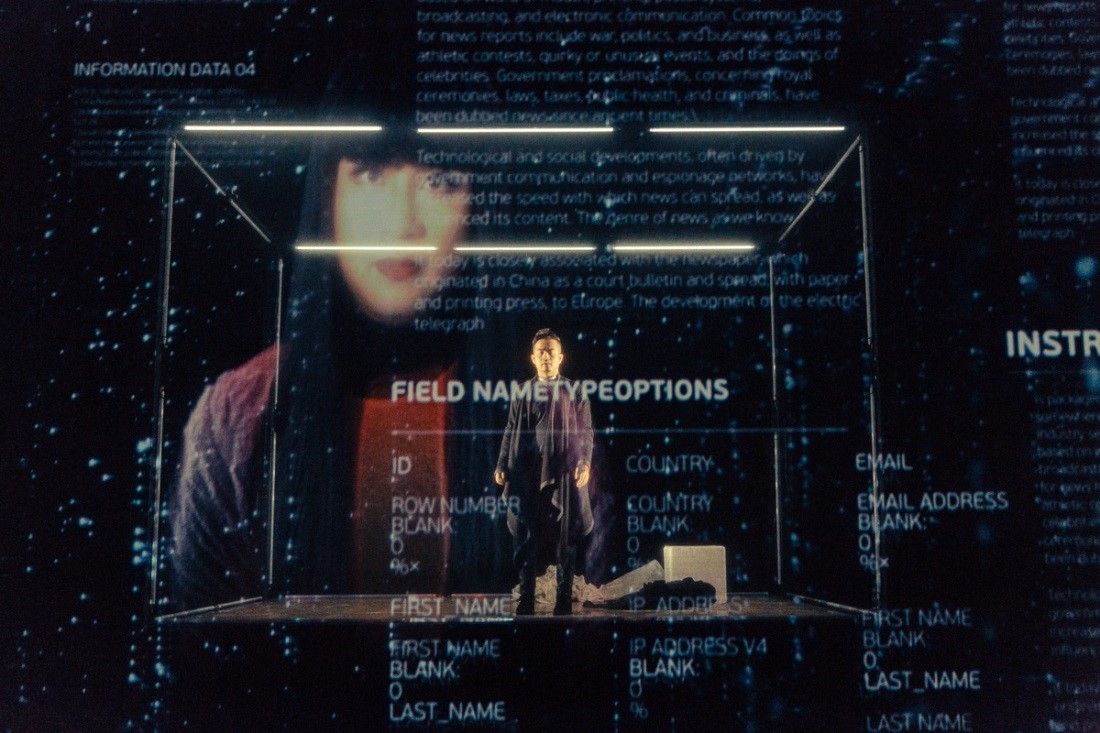 "Solo Date," an one-man show fronted by Tainaner Ensemble's Tsai Pao-chang (蔡柏璋), made its debut as the sole international theater act in the 2018 San Francisco International Arts Festival on June 2.

It tells the story of Ho-Nien, who attempts to reconstruct his deceased lover through artificial intelligence and social media. Innovative, elegant, and deeply moving, "Solo Date" uses new media to explore loneliness and longing, desire, death, human loss, and need.

Garnering a "worthy"review from the San Francisco Chronicle's Lily Janiak, the 55-minute play was noted for being "that rare exception that doesn't employ projections to seem hip or as a crutch but as an essential tool in its world-building and storytelling."

Performed with superimposed English, French, and Taiwanese subtitles, "Solo Date" was dreamed up while Tsai was partaking in an artist residency program in France. From answering the question "how does one live on after losing true love?" to trading voicemail with friends came the idea of combining smart devices and user habits with stage plays.

"Clearly, this man, this company, and this play are theatrical forces to be reckoned with," added Theatre Storm.

During his stay in San Francisco, Tsai also sat down with artist Eric Kupers and dancer Jesse Bie to discuss his creative journey as a queer playwright, and held a workshop at the American Conservatory Theatre to explore the possibilities of sound.

The 37-year-old will then fly to New York during the 2018 NYC Pride March to join "Pride Voices: New Plays from Taiwan" ― an evening of readings and discussions with fellow contemporary playwright Chien Li-ying on June 26.